Samsung's Galaxy Z Fold4 is expected to bring some major camera improvements and reliable tipster Dohyun Kim believes the foldable’s main camera will get upgraded to a 108MP sensor. Naturally, some began to wonder if the camera module will be the same one used in the Galaxy S22 Ultra (1/1.33" ISOCELL HM3 sensor). 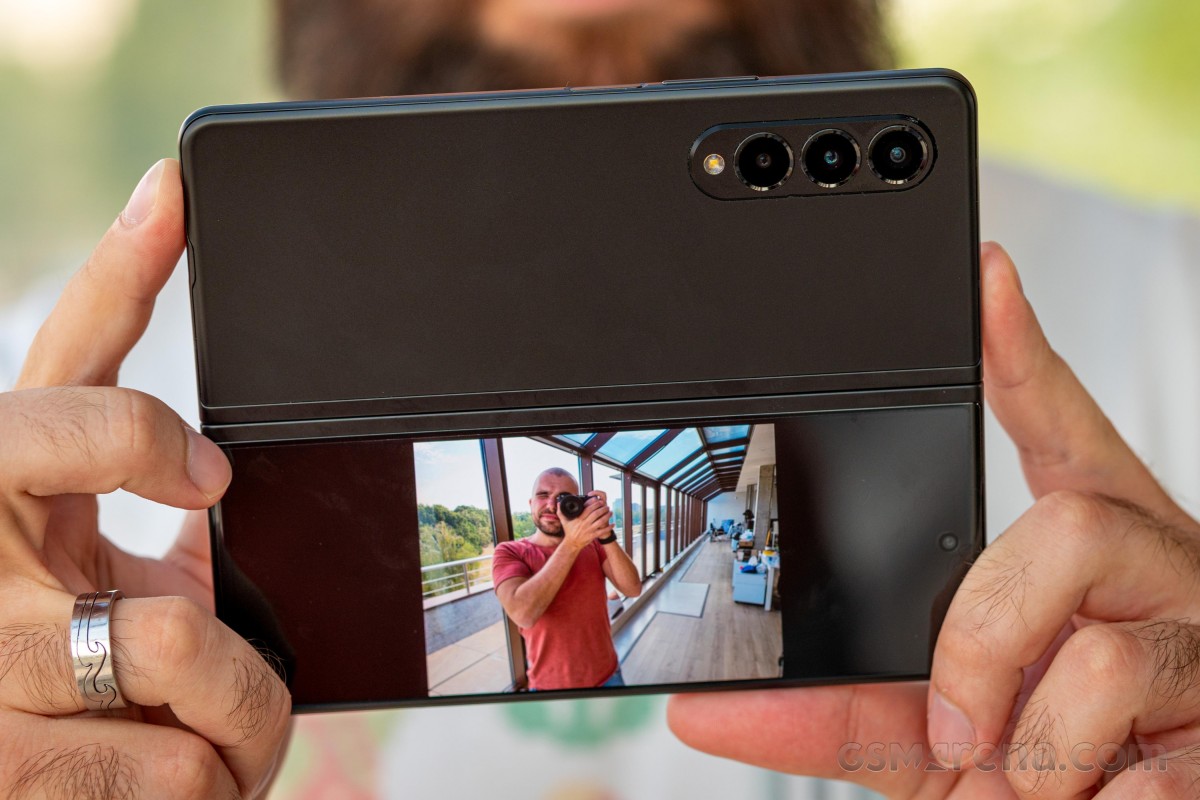 This is where another tipster @chunvn8888 chimed in saying the setup on the Z Fold4 will be nearly identical to the S22U apart from the 10MP periscope sensor. This means we should expect the same 12MP ultrawide and 10MP 3x telephoto modules from the flagship Galaxy S phone on the upcoming foldable. Recent rumors also predict a selfie cam upgrade to 10MP from the Z Fold3’s 4MP shooter.

Galaxy Z Fold4 is expected to pack the yet to be announced Snapdragon 8 Gen 1+ chipset, a thinner and lighter body compared to its predecessor and no holster for the S Pen.

The Samsung Galaxy Z Fold4 might get a 3x telephoto camera

Samsung Galaxy Z Fold4 will not have an S Pen slot

then you cry about it being 2.5k