A couple of months ago an LTE-capable version of Samsung's Gear S3 classic smartwatch surfaced in its home country of South Korea as an exclusive to one of the carriers over there. Fast forward to today, and this model is now officially announced for international markets. That includes the US, as you'd expect, where the new Gear S3 classic LTE will be sold by AT&T, T-Mobile, and Verizon.

So far if you were outside of Korea and wanted LTE connectivity from your Gear S3, you had to pick the sporty-looking frontier version, but that's no longer the case. Now lovers of the classic's more understated design can have their cake and eat it too. 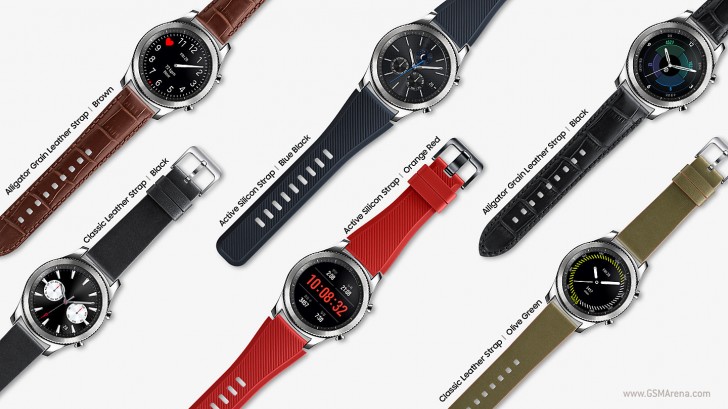 The Gear S3 classic LTE is unsurprisingly a Gear S3 classic with LTE added. Thus it features a 1.3-inch 360x360 circular AMOLED touchscreen, and it's powered by a 1 GHz dual-core CPU, aided by 768MB of RAM. You get 4GB of storage, as well as Bluetooth, Wi-Fi, NFC and MST for Samsung Pay, and GPS. The watch's sensors include a heart rate monitor, accelerometer, gyro, barometer, and one for ambient light. The device runs Tizen, and has a 380 mAh battery. It's IP68 water and dust resistant.

Availability details and pricing should come from those aforementioned three carriers, hopefully soon.

..and you post this comment to an article about the Gear S3, that uses neither iOS, nor Android, but Tizen. Because?

Every year Android and iOS keep turning into the same OS by getting closer and closer. They started at different end, but they are slowly merging in the middle. iOS started completely as a lockdown os that is slowly opening up and Android started as ...

Wanna have one huhu