T-Mobile US announced just few hours ago it will be carrying the Samsung Gear S SIM-enabled smartwatch. It is offering it with a 2-year contract on $0 upfront and 24 payments of $14.58. The monthly plan costs just $5 and includes unlimited talks, texts and data. 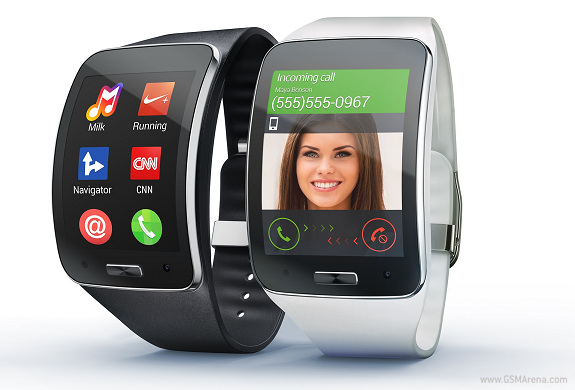 AT&T and Sprint has just announced their pricing and availability details. AT&T will offer you the Samsung Gear S for $199.99 with a two-year contract. AT&T's suggests add the Gear S to a Mobile Share plan for $10 per month.

Sprint's take on the pricing is similar to T-Mobile's - the Samsung Gear S will cost you $0 upfront on Sprint plus 24 payments of $16 (a total of $384). The best thing you can do on Sprint is also to add the Gear S on a Family Share Plan for $10 per month.

Samsung Gear S will become available on both AT&T and Sprint on November 7.

Samsung has announced Verizon will be also launching a dedicated Gear S offer and it will kick off the same week ending on November 9. You will be also able to purchase Samsung Gear S at the Samsung Experience Shops in Best Buy among other retailers. The available colors are Black and White.

I want this shit

after this , samsung will release new watch and phone every month