Aside from the hardware challenges Samsung faced when developing the Galaxy Fold, the tech giant also had to think about the user experience and how the software will get along with the new form factor. Well, the Korean tech giant says it began development way back in April 2018 and collaborated with Google, other app partners and Android developers. 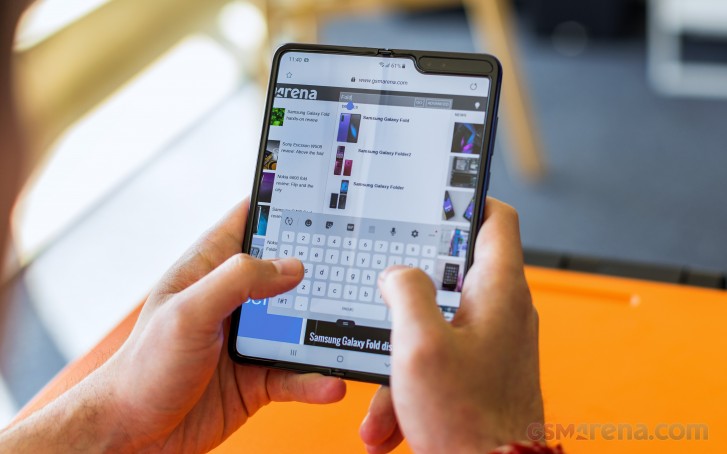 Right after the introduction of the Infinity Flex Display at SDC 2018, Samsung and Google set up test labs in several key cities across the globe and invited partners and developers to test out their apps on the foldable phone. And with the new Android 10, Google promises further optimizations to the foldable form factor.

Some of the specially optimized apps for the Galaxy Fold include Amazon Prime Video, App in the Air, Facebook, iHeartMedia, Microsoft apps, Spotify, Twitter, VSCO.

Samsung is paving the way for future foldable devices so that the most commonly used apps behave well on the new flexible OLEDs.

Well what to say. Excuses cannot be excused. And thats true. When comes to excuses Samsung is king among all other competitors. They take money and after many weeks or months they sa y its not possible even it is possible.

Android 10 with a heavy skin like OneUI is hard to code. It's not even available yet. SD855+ is just an overclocked 855 and disregarding clock speeds, they're basically the same thing. That is not a scam. Besides, Samsung doesn't want to spend m...

For me it's not actually letting them test their apps but instead they let them test the phone itself, because you know... maybe there's a second cancellation of release..