Samsung India to announce a new phone on March 31

Samsung is hyping up a motorcycle-themed event for India in three days. The event is tagged #TapKickVroom and "will change the way you ride."

So, what is #TapKickVroom, anyway? You'll have to guess - and don't forget to tweet your guesses to @SamungMobileIN to enter the contest (you have until March 30, 6pm). You can also write on Samsung Mobile India's Facebook page, here are the rules.

The prize is a "newly launched smartphone" for three lucky winners. 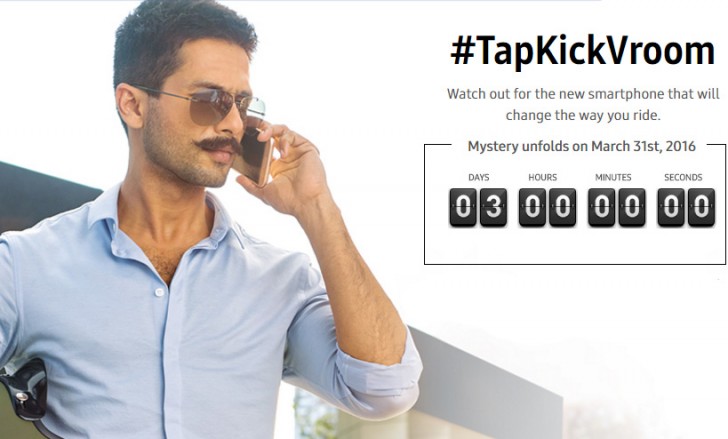 Samsung recently showed off a smart motorcycle shield, but I doubt that. If you read the contest rules carefully you're in for a spoiler (hover/tap to view):

Each winner shall be eligible to receive one newly launched smartphone (i.e.- Smartphone launched on 31st March 2016)

You can keep an eye on the countdown until the event over at the TapKickVroom microsite.

So, which phone? The Galaxy S7s are already out, so the Galaxy J5 maybe?

This is not news.

Yes May Be You Are Ri8