Samsung has opened up its mobile web browser - dubbed Internet Browser - to some non-Samsung devices. A quick look at the browser's Play Store listing reveals that the app is now also compatible with Google Nexus phones (running Android 5.0 and above). 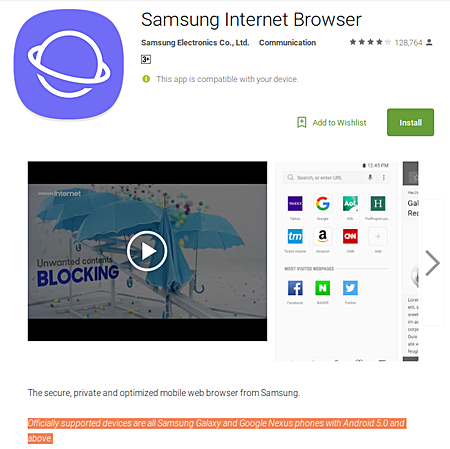 I have a Nexus 5 phone, and the Play Store listing says the app is compatible with my device. Further, reports say some other (non-Google) devices - like the Huawei Ascend Mate 2 - are also on the list, although Samsung hasn't yet officially confirmed them.

Samsung Galaxy J5 (2015) will get Nougat in November

Not same with mine, Chrome is fast no any lag.

Chrome is also laggy and heavy on Windows PC too

Samsung browser and Opera the best