Samsung just announced that's bundling a set of wireless headphones from AKG. The AKG Y500 are on-ear Bluetooth headphones that would normally set you back £129 but Samsung is giving them for free if you purchase one of the phones included in the promotion.

The phones in question are the Galaxy A50, A70, A80 and S10e. We've reviewed all of them so if you are based in the UK, you can choose the one that fits you best, then see which retailers are participating in the promotion and go pick up the bundle. 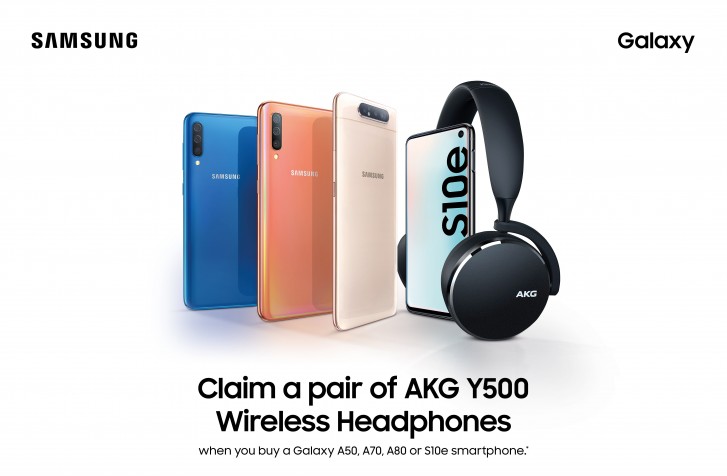 Even though the press release says it's from August 21, this is the first time we are hearing about this. Also, as per Samsung's Newsroom, the promotion has been going since August 21 and will continue until September 19 so you've got some time to think.

You also have loyal Samsung users in south Africa.😭

As long as they are not included in box is a no for me. Well most countries wont have them so this offer is country related and thus not good.