The Samsung Galaxy S21, S21+ and S21 Ultra units in the US received the stable version of One UI 4 last week, even the carrier phones. However, one bug managed to sneak through the beta tests and is currently affecting users.

The issue is with the 120 Hz mode, specifically that the screen drops down to 60 Hz as soon as the user lifts their finger rather than, say, when the scrolling animation is done.

Samsung is aware of the issue and is working on a fix. It seems that this issue was actually caught in the beta tests, but the fix that is present in the current version of the software (BUK7) only works on some units. A more complete fix should arrive with the next update. 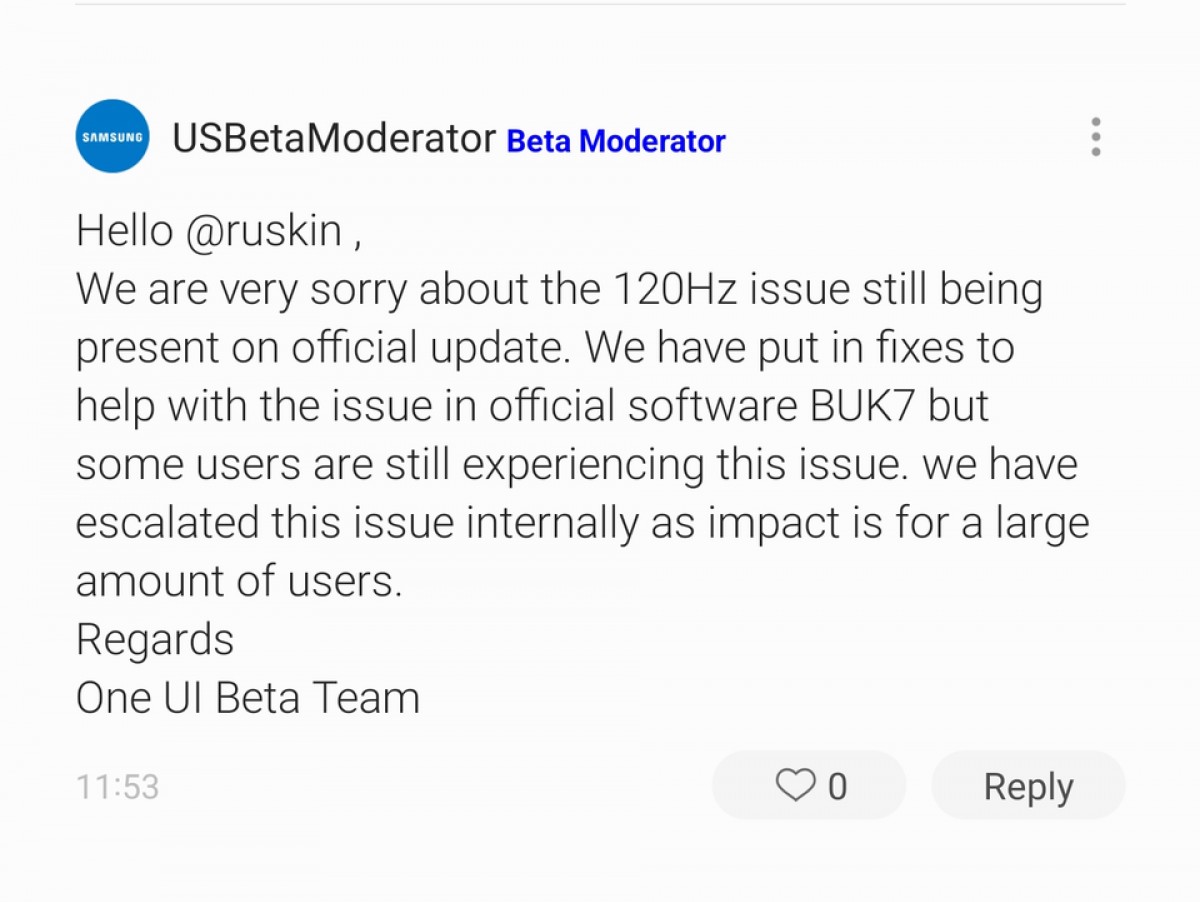 Initial reports indicated that this issue affected only US users, but Galaxy S21 owners from other regions have also complained of the same problem. Have you noticed any issues on your S21 after the update?

This works for me..... thanks for big help. In other forms, many of them are suggesting for "factory reset" But Settings > apps > reset app preferences. It's truly working 😊

My Samsung galaxy s21 just recently stopped showing me my percentage for some reason the app got turned off so I turned it back on an now it always says my battery percentage is 0% even when it's full when I charge my phone it shoes me the corr...

This worked for me: Go to Settings, Apps, and scroll down to "Android System WebView" and tap. Now tap on the 3 vertical dots on the top right and tap "Uninstall updates". Repeat the same for "Google Play services". Now ...