Samsung has accidentally posted images of the Galaxy Note20 Ultra and here they are for us to enjoy. First spotted by Russian YouTuber Techno Harry, the images were inadvertently published on Samsung’s Ukraine website. Ironically enough, the images were spotted at the bottom of the website’s Galaxy Note8 page.

The phone appears in the pictures as “Mystic Bronze”, and we get a really good look at the triple camera setup on the back. This color reminds us of a “Metallic Copper” that the Galaxy Note9 came in. 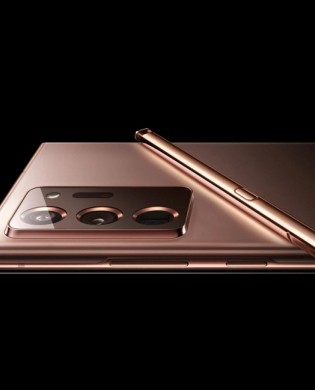 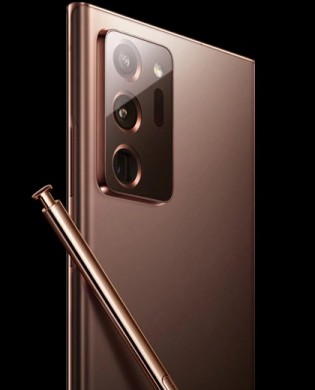 We’ve seen leaks of the triple stacked camera module on the back, and these photos confirm what the Galaxy Note20 will look like – from the back, anyway. There are three cameras stacked on the left side while sensors and an LED flash can be seen on the other side. The camera rectangle is still raised a bit, but the design behind the glass is different this time around. Each camera has its own accent ring with the same Mystic Bronze color. We are excited to see how the other colors will look.

The S Pen’s appearance doesn’t change very much. We also learn that the power and volume keys are back on the right side. We didn’t love them being on the left side as it was done on the Galaxy Note10 and Note10+.

The Galaxy Note20 series will be announced sometime next month during an online unpacked event where the company also plans to announce the Galaxy Z Flip 5G, Galaxy Fold 2, and Galaxy Tab S7.

If that was a joke then where's the funny?

Ladies and gentlemen, I present to you the nerd who can't take a joke and sarcasm.

Ladies and gentlemen, I present to you a wonderful example of the Dunning–Kruger effect.