Samsung handsets usually excel in music player capabilities (and audio quality too, we should add). The M7500 Emporio Armani music player offers various track-sorting filters such as artist, album, genre, composer, and recents. There's also a podcast section in the music player menu. You can create your own playlists of course. The music player also makes use of album art.

The M7500 Emporio Armani also has a music recognition feature (like Sony Ericsson's TrackID): Shazam's 'Find Music' service. By recording and sending a tune to the Shazam server, users can easily retrieve a track's name and artist.

The latest version of the Sony Ericsson TrackID service (found in Sony Ericsson C905 for example) is far more advanced. While Samsung's music recognition displays only the name of the track and the artist, TrackID retrieves the album and provides a link to all tracks on it. Other interesting TrackID features are "Find similar Music", "Send music info via SMS", "TrackID charts" and a very extensive "Artist info" section.

We guess we just can't help a brief sad look at the Beat series. What makes us sad is not the two inexpensive music handsets by Samsung being so miserably - and undeservedly - underrated. The thing is the Emporio Armani phone lacks a couple of nifty little features that could've felt right at home. Turn-to-mute and motion play (the Samsung style shake control) are available in both the M3510 and the M3200 of the Beat series. It's a shame the Emporio Armani phone fails to deliver.

The Samsung M7500 comes complete with an FM radio with RDS. The radio can run in the background. Additionally you can set a radio program as a wakeup alarm and also there's an option to set a reminder for a broadcast that you don't want to miss.

Sadly, on our unit (pre-release, but quite close to retail) the FM radio requires a headset connected to the microUSB port of the phone, so we were unable to use the standard headphones in the 3.5mm jack for listening to the FM radio.

The M7500 Emporio Armani video player does not offer plenty of features but it has the essentials - it plays MPEG4 and 3GP files. Other than that, you can fast-forward or rewind videos, and you can watch them fullscreen in landscape mode. You can also show or hide the controller panel in portrait mode, yet the features remain active throughout.

Unfortunately, the audio quality of Samsung M7500 Emporio Armani isn't as impressive as we hoped. The distinct music focus of the handset and Samsung's great track record had us hoping for superb audio. Instead, the Samsung M7500 produced only about average scores on most readings, including stereo crosstalk and intermodulation distortion.

We might be a bit too fussy since Samsung have spoiled us but it certainly isn't their best work. Furthermore the frequency response of the Emporio Armani handset came as a shock to us. The phone seems to have some filters that cut off extreme low and high sounds.

Now this is probably the one area of the review where you should take our words with a pinch of salt. Samsung handsets have traditionally done well in our audio quality tests, so the problem with the M7500 may be attributed to the pre-release status of our unit. Anyway, here go the results so you can see for yourselves. 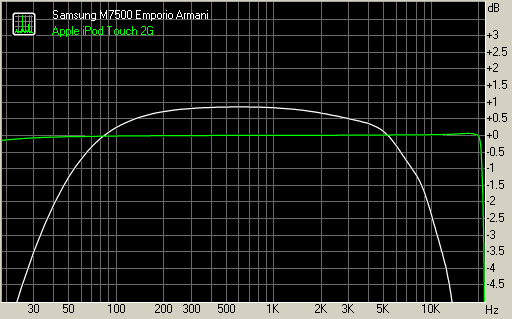 Samsung M7500 has a 3 megapixel autofocus camera with a maximum image resolution of 2048x1536 pixels; unfortunately though, the camera lacks a flash.

The camera uses the usual non-smartphone interface and follows the current trend of displaying settings with icons in a toolbar at the top of the screen, while options appear as drop-down menus. The settings are extensive and include picture size, shooting mode (single, smile shot, continuous, panorama, mosaic and frame shot), color effects (black and white, negative, sepia, etc.), white balance, and resolution setting. The camera can be used in landscape mode only.

Smile Shot is the only extra that sets the Emporio Armani phone apart from other 3 megapixel phone cameras by Samsung. Sony Ericsson have only recently started to implement it in their Cyber-shot cameraphones.

The smile shot works in two steps. The first step requires you to press the shutter key all the way down and then frame the person you would like to take a photo of. Then the camera starts to track the face until the person smiles.

It is not necessary to have a huge smile for the camera to recognize it, but sadly it works a little slow and it has a tendency to miss the perfect time for the shot.

The camera viewfinder and some of the available settings

The image quality is surprisingly good and we are glad to find very low noise levels even in shots taken indoors. The smooth images have mild sharpening with more than enough detail. There is still some loss of fine detail due to the somewhat hard-hitting noise reduction but nothing too disturbing.

Here are some camera samples produced by the 3 MP AF camera of the Samsung M7500 Emporio Armani:

And there is a couple of images downsized to 1024x768 pixels. 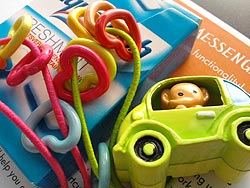 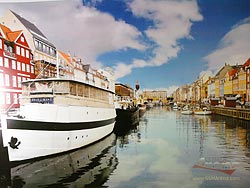 Finally, we come to the video recording capabilities of the camera. The Samsung M7500 shoots video in the so-called Camcorder mode. The user interface of the camcorder doesn't differ from the one of the still camera except for some of the available options.

What you get is QCIF resolution at 15fps, which is only good for an occasional MMS.

A separate list of settings is in charge of the exposure metering, shutter sound, quality, etc.

how to fix my phone..the problem is the security phone code ..plss help me..tnks

where in samsung service center can i buy the lcd and the front mirror of samsung M7500 emporio armani..tnx

Does somebody know how to remove the clock & date bar from the main screen. And shorcuts too