Samsung has begun seeding its second One UI 3.0 beta for the Galaxy Note20 and Note20 Ultra two weeks after it rolled out the first update to users. The new update comes bearing the N98xxXXU1ZTJQ build number and is focused on fixing bugs and issues from the previous release. 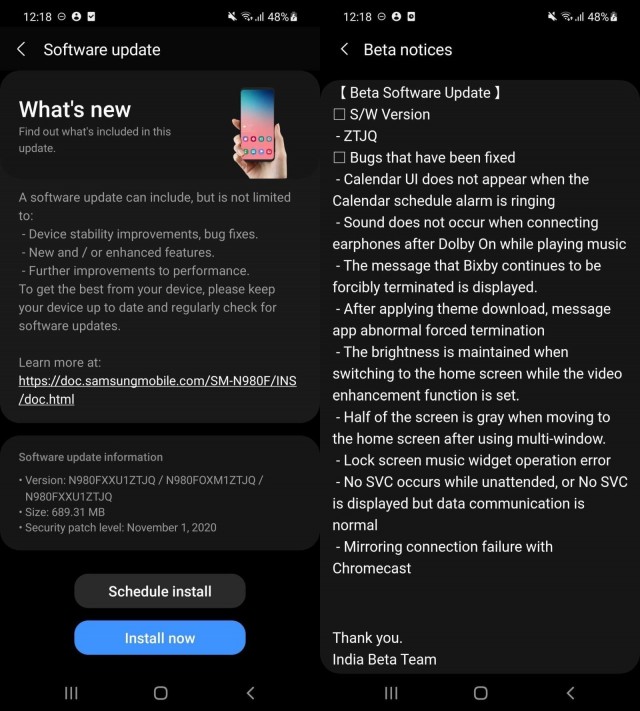 It weighs just under 690MB and is currently seeding to users in India. The UK, Germany and US are expected to be next in line for this update. The November security patch is also part of the new beta build.

Eagerly waiting for the stables to release