Samsung opens up the largest Galaxy store in Tokyo 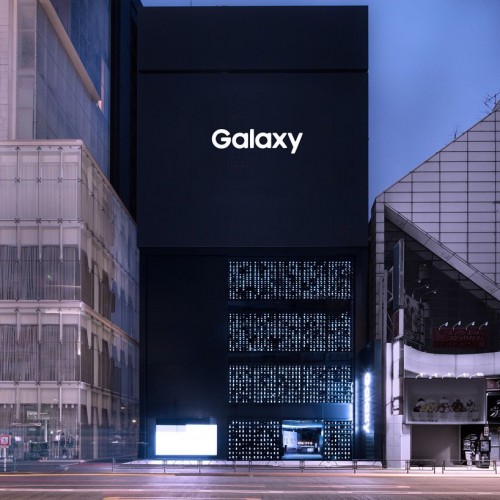 The store itself looks pretty cool. It's an eight-story building with the front facade featuring 1,000 rotating Galaxy smartphones that illuminate the structure. The phones light up in sequence to create various patterns of light.

The building has been designed by the Japanese designer Tokyujin Yoshioka and Samsung says it represents the company's vision of the future.

Samsung Galaxy A50 is hitting Europe on March 18 for 349

Weekly poll: did the Samsung Galaxy S10+, S10 or S10e live up to your expectations?

Perhaps if they'd stop tieing their phone sales to Docomo and AU and sell UNLOCKED Japan models, they'd have more sales. Who wants to be tied into a 2 year contract with these crooks, pay an outrageous amount per month, AND even if one pays the ful...

Fun Fact: Nobody Uses Samsung products in Japan, they're sales are so bad that they're the budget option there. The store looks absolutely amazing tho!