Samsung Pay coming to Malaysia, Russia, and Thailand, getting new features in US

Samsung has announced that its mobile payments service Samsung Pay will be expanded to three more countries this year, including Malaysia, Russia, and Thailand - if you recall, the service has already been launched in Russia. 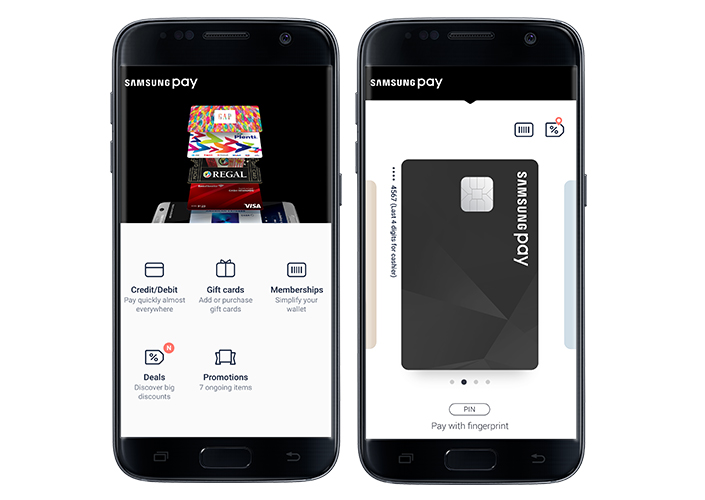 The company also announced that it has partnered with Mastercard to bring Masterpass (the latter's digital payment service) support to Samsung Pay.

"When we introduced online payments in South Korea last year, the service was well received by the market. Online payments accounted for more than 25 percent of the 2 trillion won in processed transactions, demonstrating that consumers may be actively looking for solutions to make their online experiences faster, simpler and secure," said Thomas Ko, VP and Global GM, Samsung Pay, Mobile Communications Business at Samsung Electronics.

"By partnering with Masterpass in the U.S. and rolling out online payments globally, we will simplify the online transaction experience by eliminating the need for customers to fill out tedious online checkout forms, remember long passwords or fumble for their wallets."

The South Korean tech giant also announced that its mobile payments service will soon be getting new features in the US. These include support for in-app payments and new nearby discounts/savings - the latter will be available through a new Deals feature in the Samsung Pay app.

And finally, it was also revealed that Samsung Pay now supports more than 500 banks and credit unions in the US, translating into over 85% of the debit card and credit card market in the country.

and they try to beat apple by releasing a superior product (samsung pay) at a snails pace, at this rate all the other manufacturers will have their own MST licences and software installed before samsung pay finally gets going...

Yeah! Why is Canada forgotten? It is not like we have only MST-based terminals!

...at least you HAVE Samsung Pay in Brazil. Here in Canada I'll die of old age before we get it here!! Antiquated Canadian banking system :'(