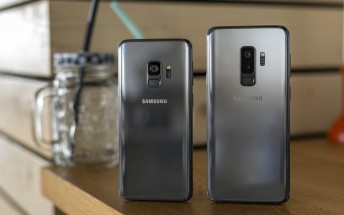 While the official release date for the Samsung Galaxy S9 and S9+ is tomorrow, pre-orders have already shipped, so there are quite a few people with the devices in hand. If you're one of them, here's some bad news, provided you bought your phone from the US.

Samsung Pay doesn't seem to be working on units purchased unlocked. The Play Store listing for the Samsung Pay app says it's not compatible with your S9 or S9+, and the preloaded version says there's an update but doesn't actually install it no matter how many times you try.

A Samsung customer rep has apparently confirmed that some models "are experiencing issues with Samsung Pay", and an update to address this is going to be rolled out soon.

Watch the Galaxy S9 duo get scratched, burnt and bent

That's because your entire country is the size of Texas.

And people keeps buying the crapppy samsung ( lags, batteries,late software updates, and continuance never endless bugs ) even thought got the best features on the android market but always drown it self with bugs bugs bugs. amazed by people who stil...