Samsung remains the undisputed leader of the display market

Samsung retained its top position in the display market during the first quarter of 2019, a report from IHS Markit reveals. The Korean company shipped $3.4 billion worth of displays, which is 40.2% of the total market, but a decline of 6.6 percent points on a yearly basis.

JDI remained a distant second with a 12.3% share of the market, while BOE was the biggest gainer - it nearly doubled its share to 11.9%. In fact, IHS predicts that in Q2 BOE will easily outpace JDI and capture the second spot. 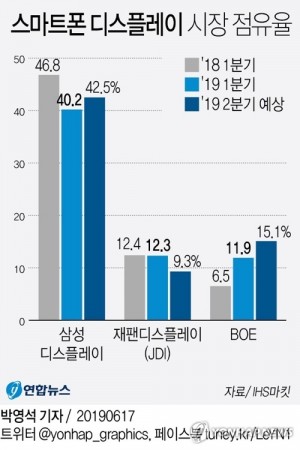 The data from IHS covers the whole display market, but analysts reveal the main reason Samsung keeps its lead is because of the OLED panels in non-flagship smartphones. Many companies try to implement this type of screen since it works with a UD fingerprint scanner. 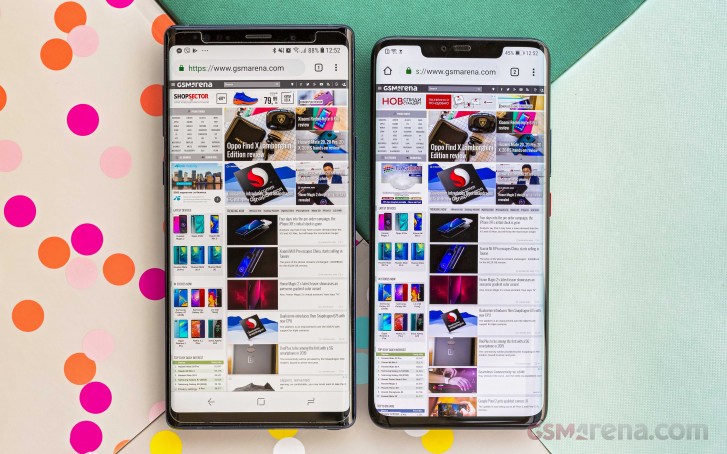 Samsung Galaxy Note8 with a Samsung OLED vs. Huawei Mate 20 Pro with an LG/BOE OLED

If we take LCD out of the equation and talk about only OLED panels, then Samsung is practically unchallenged - it sold over 80% of all light-emitting-diode panels. Its main competitor in the field is the Chinese BOE and its fellow Korean manufacturer LG, with the former doubling its market share due to the impressive Huawei Mate 20 Pro sales.

You are mistaken it's panasionic or lg

Yep, even my Lenovo uses Samsung OLED panel ^^ I was expecting it to be dimmer though at lowest brightness, I wish it can go lower (I do use 3rd party filter app for this) But what I really want is reducing the flashes whenever the screen d...

If you use galaxy phones from last 3 years, all models had tint and hue adjustments to your taste. You don’t like blue tint? Slide the adjust panel