Samsung creates a kid-friendly tablet for the Lego Ninjago movie

Wait, what? Admittedly I’m no Lego enthusiast, but first I find out that Lego has a line of ninja-themed sets, which are tied to a TV series. Then, I find out there’s a movie coming out this year (because one Lego movie a year is apparently just not enough). And to top it all off, it turns out that Samsung has made a tablet to promote the movie.

To be fair, the Galaxy Kids Tablet 7.0 The Lego Ninjago Movie Edition – yes, that’s the full name of the tablet – comes with a thick case that can take the hardships of being a toy. The 3D Lego ninjas on the back might also impress kids of a certain age. Those can be moved and swapped for some cool customization. 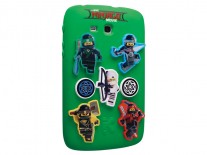 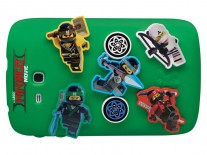 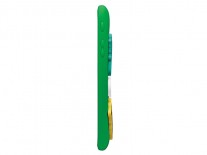 Those Lego ninjas can be moved and swapped - take that, MotoMods!

Better still, the tablet comes pre-loaded with a selection of games and education content from DreamWorks Animation, Sesame Street and the National Geographic. You get three free months subscription to Samsung Kids.

Google should stop such nonsense. A device to be released in 2017 with Android KitKat? Okay, it's a retread of a 2015 device with a little more decoration to say the device is new. But such a bizarre thing is. (Let's agree that it took foreve...

Moment when this tablet looks better than iPhoneX'