Samsung was the leader in global shipments of 5G smartphones for the first three months of this year, reports The Korea Herald. Among the Top 5 companies, only Samsung is not based in China.

The South Korean tech giant shipped 8.3 million units out of the total 24.1 million for the quarter. This works out to 34.1% market share. 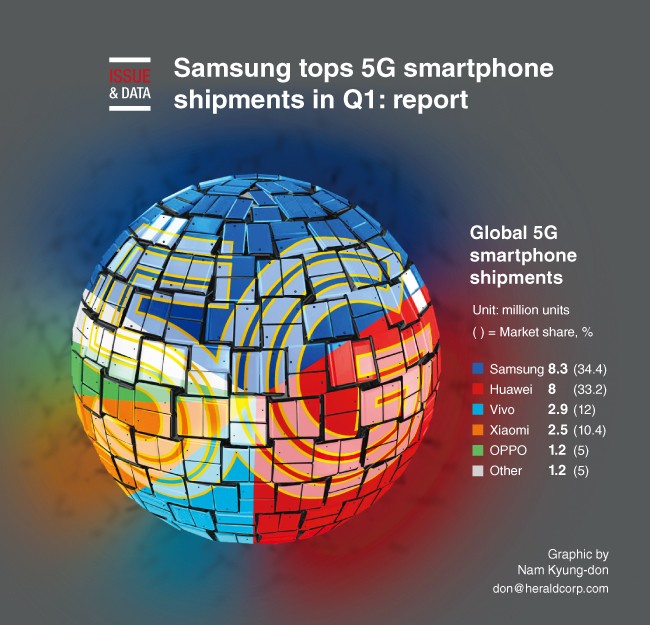 Huawei is a close second with 8 million 5G phones shipped between January and March, securing a 33.2% share. Huawei had an early lead last year with 6.9 million 5G phones, slightly ahead of Samsung’s 6.7 million.

Next up are vivo and Xiaomi, which are also in a heated battle with 2.9 and 2.5 million units, respectively. Oppo rounds off the Top 5 with 1.2 million 5G phones and a 5% share. All the other players manage just 5% combined.

"In fact most people I know hadn't heard of it"

yep, agree with you totally. Carriers are shocking, it's just another boost for them,.so they are wanting to push it more. My carrier, EE, are notoriously expensive, and they would love to shove me onto 5G. I'm on a rolling contract at the minute, a...

Depends on where you live. 5g is already widespread in large cities in China so many people want it there. That's why most new phones in China this year are 5g capable. Very few people there want a flagship or higher mid-range device if it's not 5g c...