Samsung to launch Galaxy S5 with iris scanner by April

A VP at Samsung has confirmed the company will be launching its latest smartphones flagship, the Galaxy S5, by April. The executive vice president of mobile business at Samsung - Lee Young Hee - has shed some light on company's future plans about the Galaxy S5 flagship.

Just like its Galaxy S4 predecessor, Samsung is once again targeting March for the official announcement and April for the release date for the Galaxy S5. This means the manufacturer won't be bringing any flagship phones on the upcoming MWC in Barcelona next month.

Since the Galaxy S5 is going against Apple's latest iPhone 5s and in the meantime it should be prepared for the upcoming iPhone 6, Samsung is considering a fingerprint sensor and an iris scanner options. Thus it will not only catchup with the competition but will go way ahead of it. According to Mrs. Lee, the company is exploring its options, so this is no guarantee the iris recognition technology will make it to the Galaxy S5 in time for release.

A brand new design is going to be one of the Galaxy S5 key features. Samsung has acknowledged the users weren't impress at all with the Galaxy S4 reused design and that's why the company has gone "back to the basics" and created its new flagship from scratch. Here is what Lee Young Hee is saying about the new design: 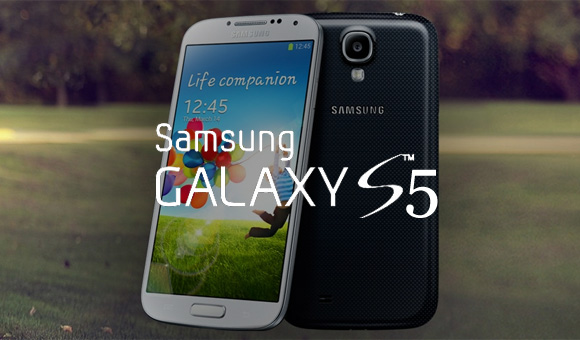 "When we moved to S4 from S3, it’s partly true that consumers couldn’t really feel much difference between the two products from the physical perspective, so the market reaction wasn't as big. For the S5, we will go back to the basics. Mostly, it's about the display and the feel of the cover."

Meanwhile gossip also has it that Samsung is working on a three-sided display for the Galaxy Note 3 successor. The innovative screen will let you see various notifications on the sides of your phone. Samsung has already demonstrated similar technology before, so it won't be a surprise if we actually see it implemented in the next flagship phablet. All this new technology also has a downside however and in this case it is the higher cost. Mrs. Lee confirms: "We are targeting consumers who want more professional use and tend to be willing to pay more for handsets".

Finally, Mrs. Lee unveiled Samsung is working on a second generation wearable device to replace the Galaxy Gear. It will add more functionality (especially health-related) and reduce the bulkiness. It will premiere with the Galaxy S5.

So, with most of these coming straight from Samsung, it's almost certain to come out true. So if you ever worried that Samsung's well of innovation is starting to dry up, you don't have to anymore.

Right...Because within the next couple months the S4, Note 3, S3, Note 2, S4 and S3 mini, and giving high possible chance of various other even low end devices will all have Android 4.4KitKat....But they don't update.

Because despite people like you here in reality that plastic has many advantages in durability, practicality, and heat. As well as accessibility, and many people find the design just fine. And every other company has found a design scheme they stick ...

I don't think that is good idea, I usually unlock my phone twenty to thirty times a day, I would not do that with my eyes, it is not healthy even if Samsung confirmed the safety.