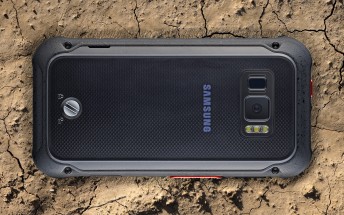 Samsung unveiled a new rugged phone and it may be the first instance where Pro actually means professional rather than premium chipset or larger screen. This is phone for agents in the field and first responders.

The Samsung Galaxy Xcover FieldPro is MIL-STD-810G and IP68 certified, allowing it to survive adverse conditions and hard shocks. It can go under 1.5m (5ft) of water for half an hour.

Its powered by a 4,500mAh battery, which can be swapped in the field with the second battery included in the package. There are also exposed pogo pins to allow it to charge from a docking station.

The hardware is in the vein of the Galaxy S9, making it more powerful than previous Xcovers. The phone is powered by an Exynos 9810 chipset with 4GB of RAM and 64GB of built-in storage, plus a microSD card for up to 512GB more. 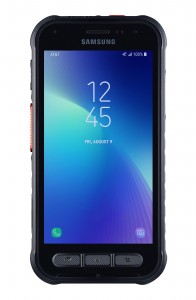 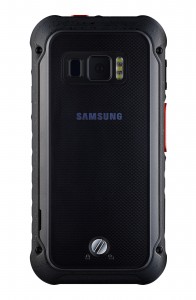 On the front is a 5.1 screen with QHD resolution (16:9 aspect ratio) and an 8MP selfie camera. On the back theres a 12MP main camera (with dual aperture), a triple-LED flash and a fingerprint reader.

The phone runs Android 9 Pie out of the box, but an Android 10 update is coming in the future. The Samsung Knox security platform is certified for use by the federal government.

The Galaxy Xcover FieldPro has dedicated buttons for push-to-talk and emergency request. The latter can be programmed to send location data. Being physical buttons, these can be activated with with thick gloves, in pouring rain and other situations.

The phone supports Band 14, aka FirstNet, a dedicated channel used by first responders and currently run by AT&T. Its used by ambulances, the Chicago police department, the Seattle fire department, FEMA and the US Coast Guard, among others.

It's not clear how much the Xcover FieldPro will cost or if it will even be made available to civilians - Samsung may just be after a lucrative government contract instead.

Ever heard of chaebols? ;)

Yes, there is hardly anything official on the web: a virtually empty support page on Samsung's Korean site: https://www.samsung.com/sec/support/model/SM-G88­­8NTAAK01/ And this press release: https://news.samsung.com/global/worlds-first-lte­­-ra...

Strange that there is no website for this SM-G888, even on the support site or Samsung Business site. As for SM-G889, we must not forget that SM-G890 is Galaxy S6 Active.