In the past two years, Samsung brought over its Galaxy Fold and Z Fold2 to China as the Galaxy W20 and W21 and it seems the trend will continue with this year’s Z Fold3 which is reportedly coming as the W22 5G. A new report specifies that the Z Fold3 and W22 5G (SM-W2022) will be identical in specs but will have some design changes. Past W-series devices also had two SIM slots to cater to the Chinese market. 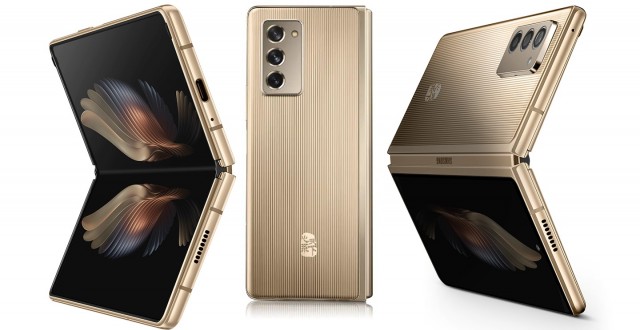 The W20 and W21 5G were both exclusive to China Telecom and the W22 will follow in their footsteps. It’s said to arrive with 512GB of storage and exclusive black color. Pricing is not detailed though we can expect it to be more expensive than the regular Z Fold3. For reference, the W21 was priced at CNY 20,000 ($3,000) while the Z Fold2 launched at $1,999.

Samsung will likely announce the W22 5G after the Z Fold3 goes official in August.

For those who are confused about the phone: The W series in China used to be smart flip phones. After launching the Z folds, Samsung decided to make the W series foldable phones, basically the same as the Z folds. The pricing has always been much hig...

Why? I don't need it and many other people as well. And for business phone I like to leave it at home, when I'm not at work.

I must agree with you. Two sims should be standard on all phones.