While rumors pointed that Samsung was planning to announce its upcoming Galaxy Tab S6 at the August 7 Galaxy Unpacked event alongside the Note10 line, the company just made it clear that that will not be the case. Instead, Samsung is planning to hold a pre-event on its Galaxy website tomorrow to introduce its latest flagship tablet. In addition, the Galaxy Watch Active 2 will be announced separately on August 5.

Samsung released a short teaser confirming the launch dates and giving a brief peek of both devices. We got to see the S-pen attaching to the magnetic groove below the camera sensors on the Tab S6 as well as the new keyboard case. The clip also showed us the Galaxy Watch Active 2’s round watch face, leather strap as well as the heart rate sensor on its rear. 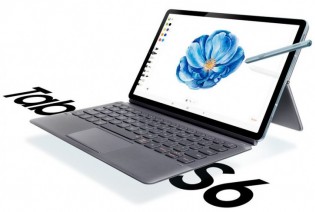 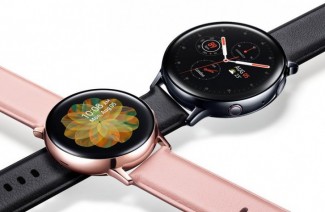 According to the latest rumors the Galaxy Tab S6 will feature a 10.5-inch Super AMOLED display alongside the Snapdragon 855 SoC, dual cameras and a 6,840 mAh battery. The new Galaxy Watch Active will arrive in 40mm and 44mm versions with 1.2 and 1.4-inch displays respectively. Under the hood, we’ll likely see the Exynos 9110 alongside 768MB of RAM and 4GB storage. Both watches will run on Tizen OS and support Bluetooth 5.0.

same here, was looking for the time but no exact time for 5th august event.

A recurring reminder to the state of Android tablets. Google has Chromebooks/Chrome os. Best tab maker does not care about its products past two years. Tablet UI= blown up Phone UI. Let that sink in. Let this sink in