Yesterday Samsung announced all the juicy details about its upcoming Galaxy S7 and Galaxy S7 Edge smartphone and for us geeks, the camera was one of the most interesting bits of the announcement. 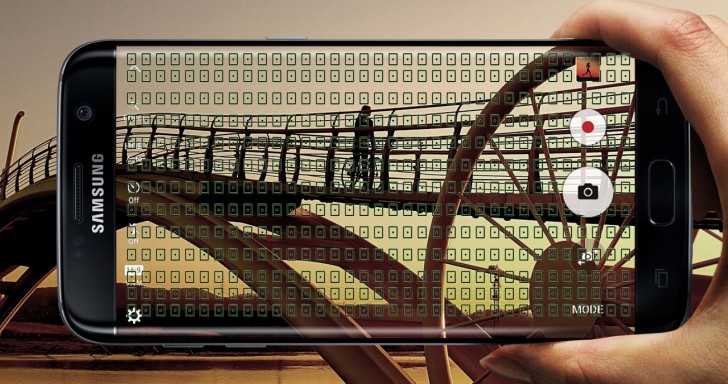 Samsung is using the 1/2.5" Sony IMX260 sensor. Compared to the Galaxy S6, the new sensor has bigger individual pixels (1.44 microns) and the optics have a wider aperture (f/1.7). Samsung has also shaved off some of the height of the camera hump on the back, and it's now down to just 0.46mm. The Galaxy S7 duo camera also comes with something they call Dual Pixel autofocus.

Among these tidbits the Dual Pixel autofocus technology took a back seat but we think it's the most advanced aspect of the module. In its essence, Dual Pixel is the same Phase Detect technology that top-tier smartphones, DSLRs and mirrorless cameras have been using for quite some time in one form or the other.

However, Samsung chose to name it differently from regular Phase Detection autofocus because their latest implementation is unlike anything we've seen before on a smartphone. It's Phase Detection 2.0 for the smartphone world.

In its smartphone implementation phase detection usually relies on special photodiodes embedded into the pixels on the sensor. Apple even went as far as branding them as 'Focus pixels' when they announced the iPhone 6 - a proprietary term they came up with to describe conventional technology.

These photodiodes, however, are scattered few and far between across the sensor surface and only as few as 5-10% of the total number of sensor pixels are phase detection enabled.

Now, with Dual Pixel technology, Samsung has embbeded a phase detection photodiode in each and every pixel on the camera sensor. 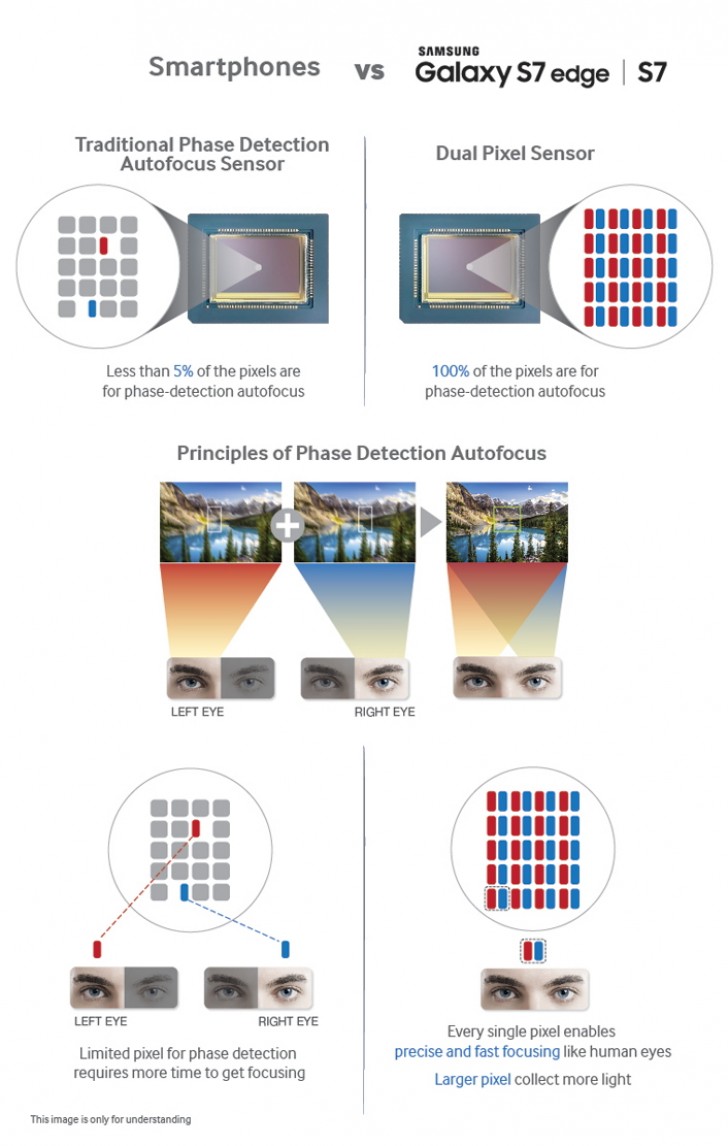 The camera can quickly obtain accurate focus on any objects in the frame regardless of its position. The system works impressively well - even by dedicated camera standards.

And it's lightning fast too - take a look:

Dual Pixel technology isn't new - it has already been featured in leading DSLR and mirrorless camera sensors, but it's superior to anything we've seen on a cameraphone. One thing's for sure - mobile photography is about to ascend to a whole new level this year.

You commented on his comment. What that say bout you?

These changes should truly improve focus speed and low-light shooting, but does anyone know if there will be any improvement in dynamic range?