The Galaxy Fold has been out for a while now, after its issues got dealt with and it was re-announced. So what's next for Samsung in the foldable smartphone space? Well, it looks like the company is thinking of going smaller. Where the Fold is a smartphone that unfolds into a tablet, Samsung's next foldable might unfold into a smartphone, flip phone style.

The video embedded below is official and straight from Samsung's developer conference. In it the company is showing that it's exploring a new form factor, and this will bring back memories for some of you. Memories of flip phones. Clamshells, if you will.

Way back when that was a big success, fueled in no small part by Motorola's iconic RAZR and its successors. Can this form factor be reborn for our touchscreen-filled age? Samsung seems to think so, and Motorola agrees, as that company is expected to take the wraps off the world's first foldable clamshell on November 13.

Samsung has adopted the punch-hole camera tech for foldable screens, it seems, freeing up even more space so that there's a seamless look that's not interrupted by a camera island. It's unclear if there's going to be an external display on this upcoming Samsung phone, but if it was to fully ape flip phones of old, then it has to.

Back in August, a Samsung patent describing exactly such a foldable phone was discovered, while in September a Bloomberg report talked about such a product being in development already. The screen, when unfolded, will be 6.7", and the handset will be thinner than the Galaxy Fold. It's also supposed to be cheaper.

The next folding Samsung may get unveiled at the 2020 Mobile World Congress in Barcelona in February, if the company sticks to a similar launch time frame as this year.

rolled screen will work. foldable will not

Clamshell phone must be thick/chubby when put in the pocket it protrude more than expect.

I wanna phone like Nokia E90 concept, foldable oled is too expensive and too worrying of dust and durability also too hard for maintenance 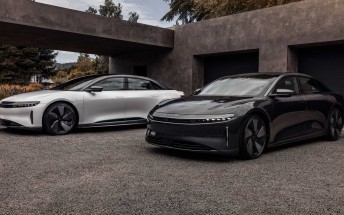