Over the past year or so, HTC has been 'uncoupling' many of the apps it builds into its Android releases, putting them on the Google Play Store. This means the company can update apps faster, without needing to bundle those updates into a new firmware release. It also obviously provides the option of making some of those apps available to non-HTC devices.

That's exactly what is going to happen with the Sense Home 8 launcher, the newest iteration of the company's customized home screen. This shipped on the HTC 10, but now it looks like HTC wants to put it in the Play Store and allow owners of smartphones made by other companies to download and install it. 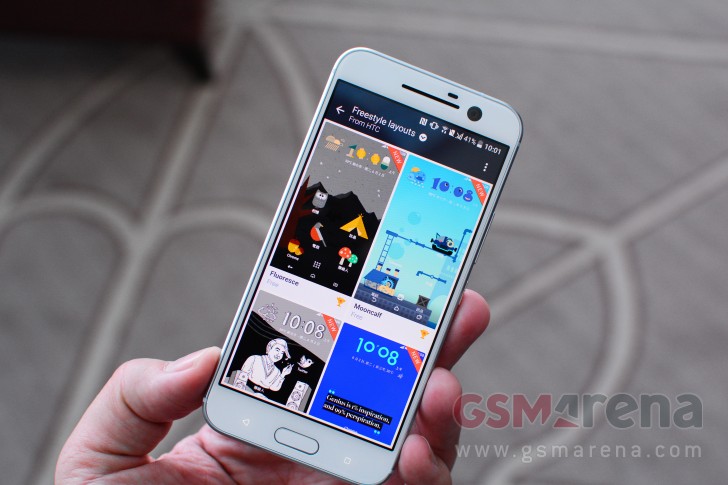 Before that happens, HTC is going with a closed beta program for Sense Home 8 on non-HTC handsets running Android 4.4 or newer. Invites for this closed beta trial have been received by a few lucky souls (HTC Preview Fans), some of whom decided to leak them. And that's how we know about HTC's plans of letting owners of devices not made by it install the launcher at some point in the future.

HTC Sense Home 8 comes with a Material Design theme and many customization options, including Freestyle layouts (as seen in the image above). It might be an interesting option for those Android users who are bored with their current launcher.

best UI. finally comes to everyone