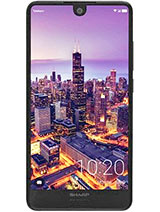 Great phone. I think the battery is great. I use my screen on about 1/4-1/3 brightness and the battery can last 1.5 days.
I do not do too much gaming, but watch Youtube and listen to Spotify and it does not have much impact on the battery performance.
The screen is great and I rarely turn up the brightness - only in bright sunlight.
Good camera too which I have been able to take some good pictures with.
Performance is great also. I have had the phone for over 18 months and it's never crashed or shown any signs of performance issues.
It very rarely gets warm. But it gets warm quite quickly when the screen brightness is on full and you are using Google Maps or to multitasking.
The fingerprint scanner can be an issue if you use a screen protector. The scanner is very small and a screen protector does not allow you to make full contact with the scanner.
But for what it costs (under £100) the phone performs as well, if not better, than phones of over 3 times the price.
I'll only change to a new phone once I find this one too slow. So would only change to a 6GB/64-128 or 8GB/64-128. But I really cannot fault this phone at all.

Battery life on Stock Rom: I get about 3 to 4 hours of Screen on Time with a full charge, and I struggle to reach a full day use. According to the reviews I read, it was supposed to have a great battery life despite the size, and up to 11 hours wifi surfing. Here on the comment people state 7 hours. Am I missing somenthing? Should I edit some settings?

soryn, 06 Jan 2020But how is the battery? Is it powerful for such a phone? Thanks.4hours in straight gaming, up to 7hours screen on time in mix use,, total with standby time up to 1day and 3hours before you need to charge... phone temperature is controlled ..which i like.. never go higher than 42°c , unlike the other phone up to 50°c ,, and the SCREEN DISPLAY HAS IGZO TECHNOLOGY,, SO THE TOUCH SCREEN WONT GET HOT IN TOUCH... ALWAYS COOL... THATS WHAT I LIKE THE MOST...

wilskie, 14 Dec 2019yes.. im using this phone ,,amazing phone from sharp,, try ... moreBut how is the battery? Is it powerful for such a phone? Thanks.

From Banggood and Gearbest it costs 90 euros ...

wilskie, 14 Dec 2019yes.. im using this phone ,,amazing phone from sharp,, try ... moreCool thanks I guess I`m heading to this phone next

this phone performs well on real world not on paper like other.

does anyone uses this phone and can share an user experience i want to buy it as its only 100$ on aliexpress and the size is compact with the 141mm its okay size. The R2 compact from sharp is still too expensive and the Sony xz2 compact is expensive too. Do you have any suggestions on compact phones at most 140mm height? thanks

Anonymous, 04 Dec 2019Does it have a notification led?yes dude

Does it have a notification led?

Bert, 22 Dec 2018I've never had a phone with a battery that after 2 years de... moreMan i am a heavy gamer and now i have for year and something from first day i was ableto buy Moto X4.
But before i had Lenovo Vibeshot which still looks like a brand new phone.
Believe me or not but my Vibeshot after 2 years a full charged battery last like 6 hours on standby. It drops by 10-15% on standby mode. As i said i am heavy gamer and when i had nothing to do in my work i was able to play a mobile games for 6-12 hours a day.
When i was replacing battery it worked as a brand new again.
But like 9 months ago i gave my old phone to my very good friend because his 7 years old samsung died.
With a new battery the phone was working like a brand new.
Even the fact i am a heavy gamer i always care for my phone it had from a first day of purchase glass protector and a quality leather book case.
Despite the fact i was able to play a games for man many hours a day and the phone was hot like a boiling potato it never laggs freezes or failed me.
Newer had any problems with it and it was working always like a brand new.

Now i have my Moto X4 also made by chinese company Lenovo and the phone is outstanding. Again playing many hours a day and charging the phone 2 times a t but the phone works and runs pretty cool and to my expectations.

CptPower, 25 Nov 2018Well maybe first 6 months then this tiny battery will last ... moreI've never had a phone with a battery that after 2 years degrades more than 20%. It depends on a user.

Bert, 25 Nov 2018With 14 nm technology chipset 2700 mAh battery it's not a p... moreWell maybe first 6 months then this tiny battery will last 3/4 day after a year half a day and after 2 years every 6 hours we have to charge the phone.

Anonymous, 31 Aug 2018My question is why have a notch even if a small notch when ... moreIt's very clever that it has no screen down to the bottom edge. That allows to place fingerprint button on the front and, even more importantly - soft control buttons not to be too low for your left hand's thumb.

There is no headphone jack, the datasheet is wrong.