Five new Xiaomi phones have been listed recently on the Eurasian Economic Commission (EEC) database and most of them are already known smartphones that we expect to launch within a month. The listing suggests that the rest will also get their official unveiling pretty soon. 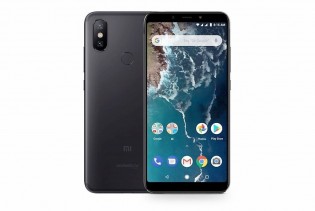 Let's start with what we know. The first familiar model numbers points at the Mi Max 3 and Mi A2. We already learned that the latter will be officially announced in Spain on July 24 and it will probably be joined by the Mi A2 Lite that looks more like the Redmi 6 Pro that recently launched in India.

As for the Max 3, the handset is due to July 19 in China but it seems that we can expect the phablet to arrive in Europe shortly after.

The next one on the list is the freshly introduced Xiaomi Mi 8 flagship. This is the first indication that the OEM is bringing the handset outside of China and we can't wait to see the other two versions hit the global market as well.

And now we enter into an unknown territory of the so-called POCOPHONE, which should be a code name and it will change by the time it goes official. The only piece of information we have at this time is the memory configuration - 6GB of RAM paired with either 64 or 128GB of internal storage.

But since all these devices have passed EEC certification, we can rest assured that they will get detailed sooner, rather than later.

Xiaomi looking to open a store in Turkey

The UK is not a US colony it's the other way around.