A Snapdragon SM6150 chipset has posted a score to the Geekbench database. It features an octa-core processor and will likely launch as a 600-series chip.

Geekbench doesn’t say much about the CPU cores, other than one clock speed – 1.8GHz. That’s likely for the little cores and doesn’t account for boost, so it’s not much to go on. But the score is. 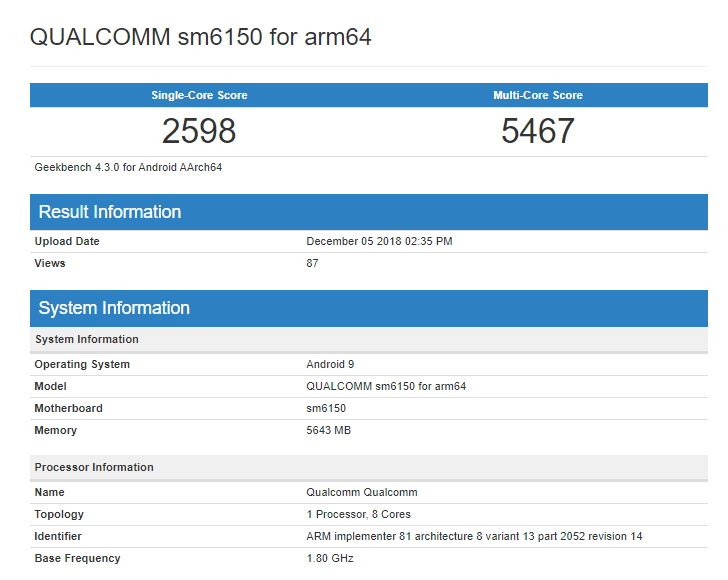 The single core performance is defined by one of the big cores and it looks like a match for Snapdragon 845’s Kryo 385 Gold cores (at 2.8GHz). The multi-core performance is closer to that of Snapdragon 710, meaning it’s likely a 2+6 split between big and little cores. Note that this score most likely comes from a reference design board rather than a phone.

Meanwhile, MediaTek showed off its Helio M70 5G modem at the China Mobile Global Partner Conference in Guangzhou. The modem supports 5G NR and promises up to 5Gbps bandwidth. A key feature is the backwards compatibility, which covers 4G, 3G and even 2G. This means that the M70 can be the only modem in a device, simplifying the design significantly. 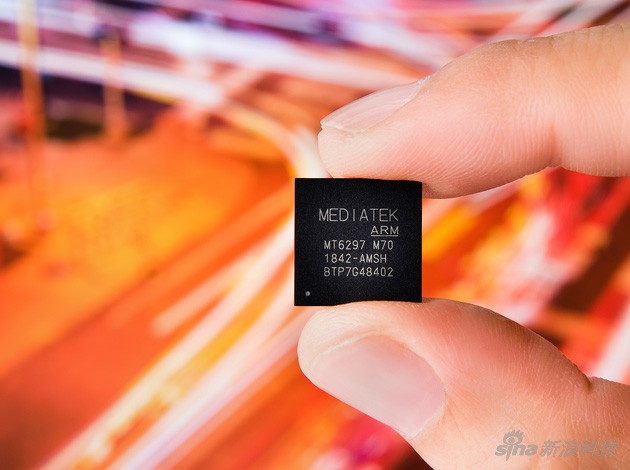 both the companies are doing good work, though MediaTek became the first to launch a 5G modem

So many new CPUs nowdays for nothing.

This looks like the QSD 750. A successor to the QSD 710, using leftover 7nm chips on the 2+6 design. However, it won't inherit the latest Adreno 640 GPU from the QSD 855 and have lower cache. Not sure about clock speeds, though I would guess i...