If you're interested in picking up a Pixel 2 or Pixel 2 XL with a discount, you may have seen yesterday's one-day only deal for a refurbished unit of the smaller model. If you missed that or want the XL variant, Google has something new and exciting in store for you.

That is, if you are deemed by the company to be a "loyal Nexus owner". Many people in the US have received emails from the search giant which look like the screenshot below. You get a 20% discount on any storage version of the Pixel 2 or Pixel 2 XL. 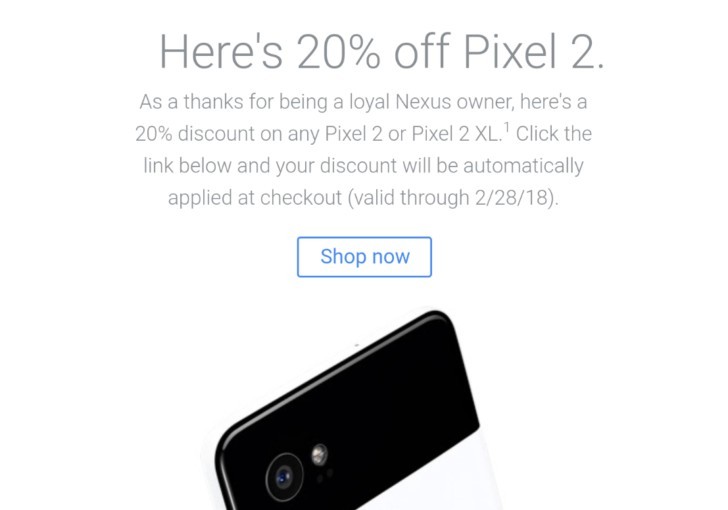 Here's the catch, however. You can only take advantage of this deal if you receive such an email, and there's no telling how Google defines "loyal Nexus owner". Perhaps it only applies to people who are still using a Nexus every day - so if you did at one point own such a device but haven't touched it in a while you're probably not going to be selected.

After my boot loop problem with Nexus 5x even with 50% discount I won't buy it. I think Google was more comprehensive with the client but no, if it's good they say because it's Google, the problems it's because LG made de phone, what a shame. Google ...