Samsung opened the Galaxy S22 series pre-orders on February 9 and they're on schedule to start shipping on February 25 - next Friday.

But it seems some retailers are already shipping the units. This lucky customer sent in a pic of his Galaxy S22 with a complimentary 25W charger and Galaxy Buds Pro, which he received today - 9 whole days ahead of the expected date. 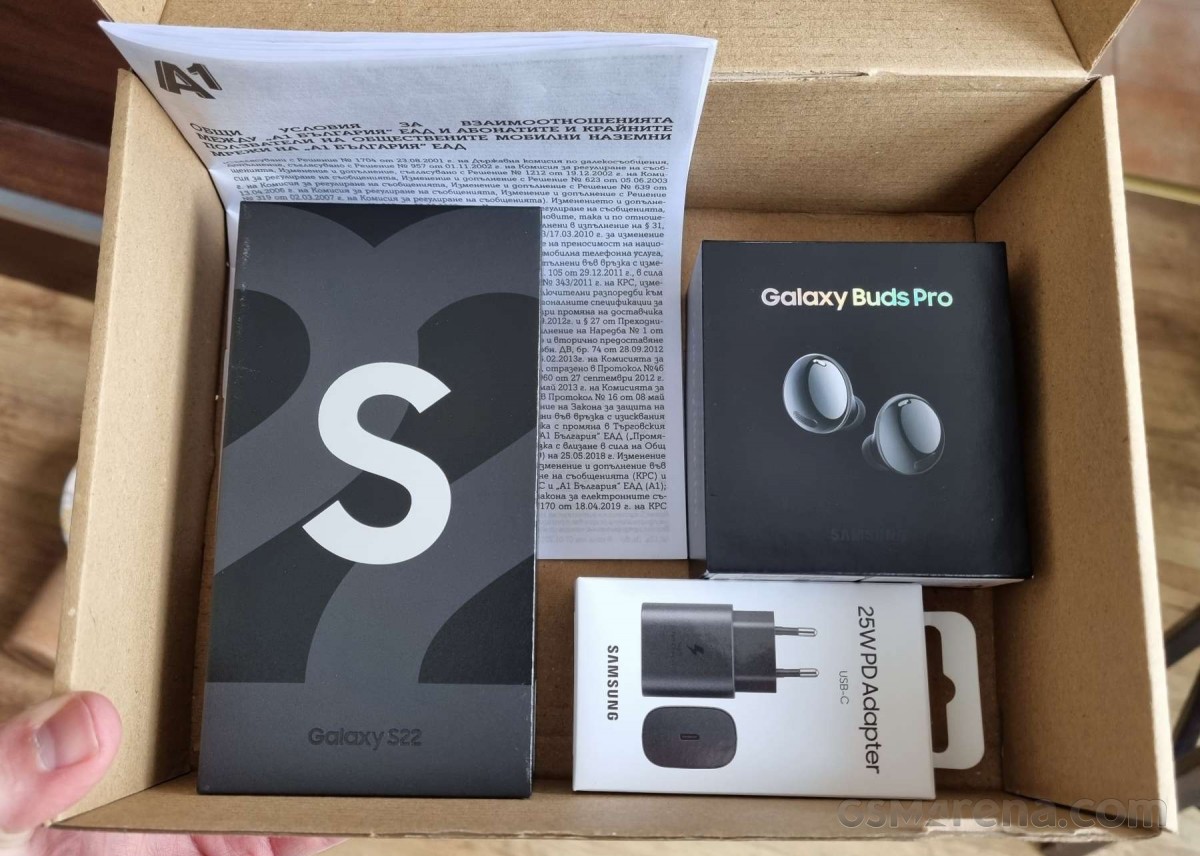 The unit was purchased by Bulgarian A1 carrier, but it's more than likely that other retailers in Europe already have Galaxy S22 series stock available as well.

Drop us a line if you too have received your pre-ordered S22 phone early.