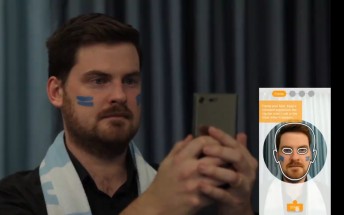 Today Sony has issued an update to its 3D Creator app for the Xperia XZ Premium, XZ1, and XZ1 Compact. Once you install it, you'll get access to the features announced at MWC alongside the XZ2 and XZ2 Compact.

You will be able to capture "super-fast" 3D selfies and then share them directly to Facebook or even 3D print them. Additionally, 3D Creator output is now more detailed and has more definition, thanks to the post-scan cloud processing rendering your 3D scans in 4K textures.

That should make for greater realism, apparently. 3D Creator lets you capture anything, from food to faces, and make whatever your subject is into a 3D avatar, because 3D avatars are everywhere in 2018. The video above neatly summarizes what it's all about.

The cute toys save in 3D Creator, it's awesome!! https://youtu.be/7SVhhmh6kfo

It is not "will" they are working on it but they didn't manage to do it yet.