Sony has scheduled its press conference for CES - the tech bonanza officially starts January 5, but an impatient Sony will reveal its new gadgets on January 4 (Wednesday).

The event starts at 5:00pm local time in Las Vegas and if you can’t attend, you can at least watch the livestream. And if you are there, make sure to visit the Sony Booth (17300) at the Las Vegas Convention Center. 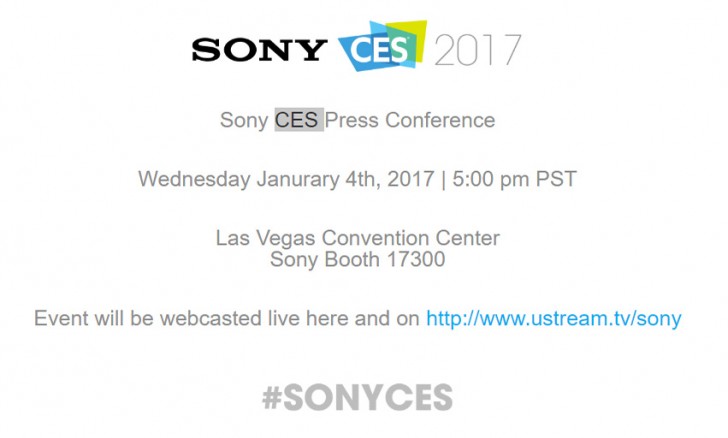 What can we expect? Well, two Sony Xperia phones - G3121 and 3112 - will be shown off according to rumors, and despite early impressions, they will be powered by Snapdragon 820. Maybe we’ll get a progress report on the Nougat update for current Xperias. Also, chances are we’ll be hearing from the PlayStation division as well.

Not for like half a year or more, Sony drops their price very quickly I can only imagine how frustrated an early adopter feels when they see that.

Why the Samsung has launch with higher selling price but after months people only look on the dropped price? Why you only look on the sony launch price? Could you tell me why you are very unfair to Sony.

The back cover of the S7 Edge is very slippery, I found a lot S7 Edge user complain it.