Sony Mobile is coming to the MWC, its event is scheduled for February 25 (at 8:30 CET). The company was a no-show at CES, despite rumors claiming that the Xperia XA3 family will be unveiled there (the Sony mothership did unveil TVs, speakers and other gadgets, though). 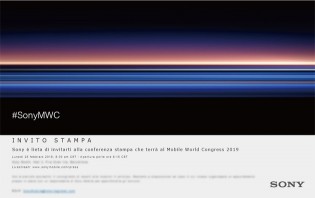 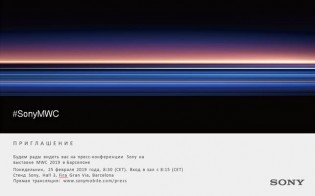 Sony's invites for the MWC event on February 25

Chances are that Sony has more ambitious plans for the MWC – in an interview, a Sony exec promised a “much better camera experience”, which strongly suggests that the Xperia XZ4 will be unveiled. His comments made it sound like the Compact series is done for. 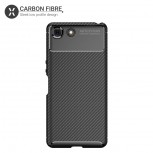 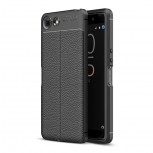 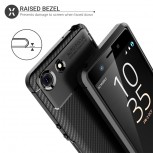 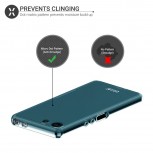 The design matches the CAD-based renders with a single camera in the upper left corner of the back and not-so-small bezels above and below the screen. There’s a side-mounted fingerprint reader and a 3.5mm headphone jack on top.

Anyway, we may see the XA3 (and L3), but we doubt they will be the stars of the show. If the XZ4 Compact shows up, it will be a step back in camera experience (XZ2 and XZ2 Compact had identical cameras), which suggests that the phone may be moved to a premium mid-range position.

Hope there will be a XZ4 compact at MWC.

I'm a fan of the Compact line's size, but the screen to body ratio isn't good. The screen is too small. If, for the XZ4, they make the forehead/chin of the phone smaller, that'd be great.

She could get the XZ1 Compact or the XZ2 Compact, or wait to see if they release an XZ4 Compact in MWC. Or if she doesn't need anything that powerful, theres the XA2 or Nokia 7.1. And for you, theres the Pixel 3, P20 or the S9.