Sony is saying goodbye to Hideo Kojima with the Xperia J1 Compact Metal Gear Solid V: The Phantom Pain Edition. The phone is limited to Japan only – Sony's first SIM-free phone for its home country and essentially an Xperia Z1 Compact variant. 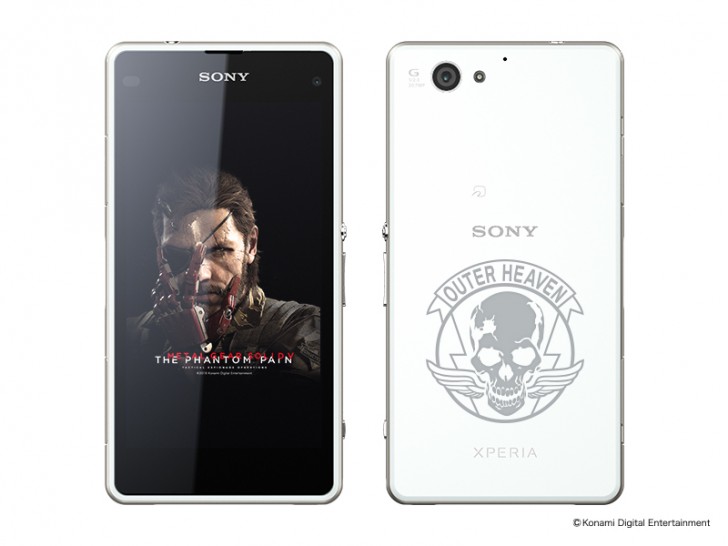 This one is special though – it features the Outer Heaven logo on the back that fans of Solid Snake & Co will instantly recognize. Solid himself makes a cameo on some of the bespoke wallpapers pre-installed on the phone.

The Sony Xperia J1 Compact The Phantom Pain Edition is priced above its plain counterpart – JPY 59,800 ($480) plus tax. It can be found exclusively in Sony stores.