Sony Xperia 10 and 10 Plus available in Europe, Xperia L3 too

The Xperia 10 duo was supposed to go on sale on Monday, just after it was unveiled. Well, they are not on time, but they are here now.

The Sony Xperia 10 Plus (Dual SIM) can be yours for €430 in mainland Europe. The UK gets the single SIM version instead, that's for £350. 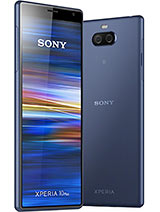 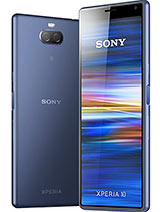 The entry-level Sony Xperia L3 launched alongside those two. It's €200 (dual SIM) and £170 (single SIM) in mainland Europe and the UK, respectively.

By the way, Ireland is only getting the single SIM models, but is paying a premium for them - the price tags match the dual SIM models of the mainland.

Sony Xperia 10 and 10 Plus unveiled: mid-rangers with 21:9 screens, dual cameras

cpt is a troll

Cptn Nay sayers gets off SONY feeds and go elsewhere... we True SONY fans do Not need to hear your clear Nonsense!! Hehehe

Premium and Sony??? Only premium brand is Vertu rest are just fairly priced or overpriced. And among all overpriced brands Sony is worst my opinion.