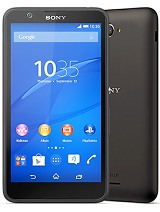 Great phone, I'm giving it to my younger brother who is unfortunate and it is still brand new, all features working petfectly
I like Sony phones, you will never go wrong, no drama.
I'm using G3312, and it's still a boss of all my friends phones when it comes to the camera and few

I've never had a Sony that I changed because of challenges, no matter how old it is, you can still go back.

The old ones are still housing my old photos and no issues, but will soon remove them when having time.

Got this phone, the Sony Xperia E4 in 2015 and it is still working today (February 3 2020!) This/was a great phone for its time but fair play for still working and providing a service today. PS, the built-in FM radio is amazing and probably the best on the market, great reception. I think Sony deserves every credit for making such a great little device.

Biggest piece of junk possible! Screen blew up after 1 year. Will avoid Sony like a plague in the future.

Best ever by April 2015 stil work i wait to stop working to by another phone still waiting.

Bought it in March 2015 it died February 2018,my first ever smartphone and the best i've ever used,it has served me well :')

please let me know where i can get battery for e4 xperia. if anyone have battery, please inform me.

Have this phone for 3 years..
Zero problems, didnt freez once!
Replaced battery after 2 years becouse i killed it with Summoners War :D
Best buy ever

Uvio, 28 Mar 2018Hello all how i unlock from Network lock? To use any Sim Ca... moreYou can take it to most phone shops e.g cex is good for phone unlockings

Very disappointed.
Ran reliably for about twelve months, then started noticing the battery level / reliability fading away.
Now two years old, having to restart it almost everyday because it goes into crazy mode, slows down / jambs.
It will even go into crazy mode / jamb straight after having been charged.
Should have stuck with Samsung.
Sad part is, I went with this phone because of having been very happy with my Experience tablet, very happy with that, but the phone is just an exercise in frustration.

Hello all how i unlock from Network lock? To use any Sim Card, its Locked to TELSTRA NETWORK, Australia, I think Network code is 50501 phone is SONY XPERIA Z4 or E2104 ,Thanks so much Pete.

I have my e4 I think for more than 2 years now. There are a couple of problems I have with it,
1. speakers got really bad, like things that are loud sound bad with them.
2. they say it has 8 GB of internal space but really when I check with file commander how much space there is in internal storage it shows no more than 4,8 GB.
3. Camer quality not really great
4. sometimes when someone calls me I hear sound but I can't answer because the phone is thinking for couple seconds or smth.
5. and it doesn't show apps that I have on SD Card sometimes right know, I don't know if that is phones fault at least in file commander app it recognizes that i have a sd card in phone.
6. It shows that i don't have space on phone and so i have to do junk file cleaning very often.

Pluses
1. to me it seemed like not very expensive.

This Sony is a decent phone.
It's from 2015, so don't expect a lot from it.
The camera (5mpx) is really blurry, and the front camera is, of course, blurry. The memory can't handle a lot of apps either. But it has the AR mode, which is really funny. But not really useful. Just for fun.
The android version is 4.4.4, and not upgradeable.
In 2015, it was good, I guess.