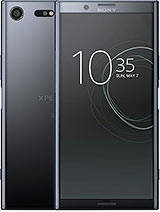 This seems to look like a lovechild between the XZ1's body, rear camera design, and chipset and also the XZ2's 18:9 screen. Maybe this could be the alleged XZ1 Premium.

I used to have two sony phones, but this phone is the ultimate. So sad it wasn't released. But iam sure this phone will soon at the market. H8541, the specs are awesome.

srinivas, 26 Jul 2018Phone looks very smart. Better than XZ2 and XZ2 premium. ... moreBetter phone but they cancelled it? Why? Is there any issues at all?

This is just a dream. Sony will never make a phone this good.

Phone looks very smart. Better than XZ2 and XZ2 premium. There are many drew backs in design of XZ2 and premium. Hope sony will come back to its own style like H8541 with bigger screen less bezel.

This almost year-old rumour still has better specs and looks than the upcoming XZ3, lmao

Bacchinif, 12 Jun 2018It's sad this is not going to be released.yeah you are right . xz2 looking worst shape. why sony did itlke that.

Sony, we are pleased to see this monster phone in the market soon. Please maintain the spec' but we will appreciate if the battery will be 4000mah power.

It's sad this is not going to be released.

AnonD-716026, 11 May 2018When will it be released?It won't be released, they already changed design language and the XZ2 Premium has already been anounced.

When will it be released?

This Model will be a good mobile for Sony market.
Body dimensions is perfect.
Battery is ok need long performance.
Everything is ok..
Need portrait mode.
And 1020p@240fps, 960fps Slow motion.
I think It will be better then Xperia xz2.
Follow the xz1 camera design.
Need front finger print scanner Like Huawei p20 Pro.

Bun I'm expecting the new Xperia Tablet. Anybody knows any rumors about it?!

they should stay with the old design but with a bigger screen, if it's the case with this one i'll take one directlly but i don't think it will happen