Our Sony Xperia L1 unit came in a regular box featuring a pretty slow 5V/850mA charger and a USB Type-C cable. Depending on where you are, you might get a pair of headphones too, but we weren't so lucky.

The Sony Xperia L1 measures 151 x 74 x 8.7mm, as much as a Xiaomi Redmi Note 4, and a millimeter thicker than the recently announced Galaxy J7 (2017) with a 5.5" AMOLED screen. The L1 weighs 180g, which is well on the heavy side. The 5.5-inch smartphone is by no means a compact handset, but the polycarbonate shell feels extra solid too.

The Sony Xperia L1 gets to use the so-called loop surface design first introduced on last year's flagship, the Xperia XZ. The double rounded frame got rave reviews back in 2016, and has worked fine for a number of recent Xperia phones. 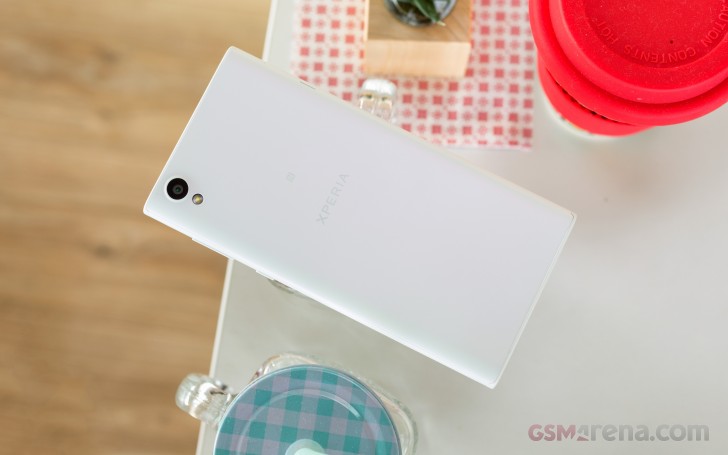 Now, Sony is clearly cutting costs with the L1 design, but doing it the right way. Everything besides the screen is made of solid polycarbonate. It's not the most premium solution and makes for a rather heavy body, but the L1 is sturdy and feels really durable. 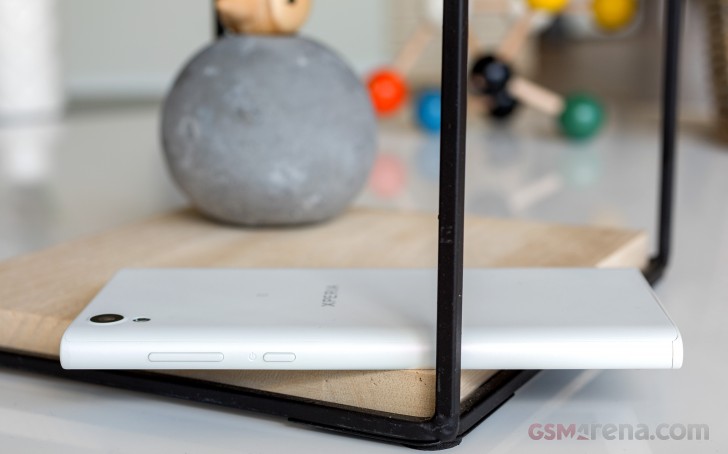 The origin of protective sheet above the 5.5" screen is undisclosed but Sony promises scratch-resistance of up to 6H, so it should survive plenty of abuse before picking up any scratches. Time will tell, but we are happy that Sony has one of its cheapest offers sufficiently protected. 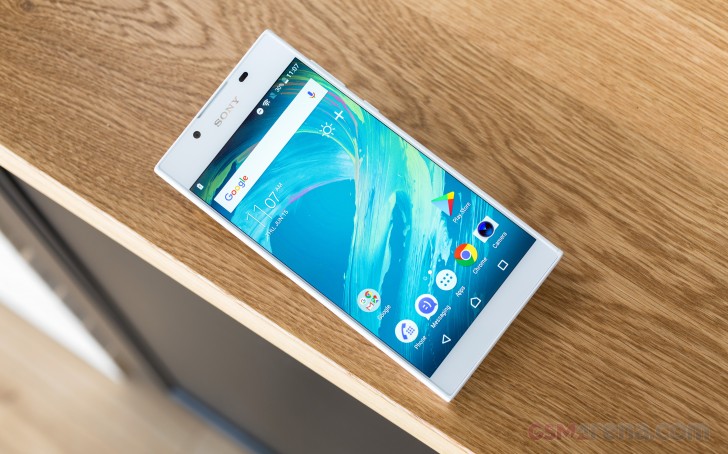 Curved sides, flat top and bottom, minimalist front and clean rear, the Xperia L1 keeps it simple and practical. The phone's body has a nice matte finish to it and the grip is quite secure. Handling the L1 is a nice experience: the extra body weight is reassuring without being a burden.

The Xperia L1 doesn't have any controls on the front. The 5.5" screen occupies most of the available space, the earpiece and the selfie camera are at their usual positions above the display. There is a small notification LED in the upper left corner, though it's invisible unless lit.

The left side of the L1 has the nano-SIM and microSD trays. The power key and the volume controls are on the right.

The analog audio jack is at top of the L1, and the secondary mic is nearby. The USB Type-C port is placed at the bottom, flanked by the loudspeaker grille and the primary mic.

The audio jack is on top • the bottom • the loudspeaker grille

The 13MP camera lens and its LED flash are the only things of interest over at the back.

The 13MP camera on the back

I brought the dual card phone so I could use overseas, with a seperate sim. However, I cannot find a usa sim which is compatible. Everytime I check my imei number it comes back no coverage in usa. Does any one know a sim which will work even on 3g...

I also had this phone G3311.i installed Google 1 to get FREE additional 15G memory..for saving Other Documents as well.. I dOnt need to buy an SD card.. And the price still not going down faster.

i've had this phone since 2018 and i really love it. the battery lasts for about 2 days and it's kinda fast. 16gb isn't much though and the phone do get kinda hot when you stress it but it's otherwise a really good phone.