Sony Xperia X Performance gets a $200 price cut in US

The Sony Xperia X Performance has received a solid price cut in the United States. The device is currently going for $299.99, which is down $200 from its usual price of $499.99. Retailer B&H Photo has all color options listed at that price tag.

Other third-party retailers like Amazon and Best Buy are also selling the device, but offering comparatively lesser discounts. For example, the lowest price on Amazon currently is $367.09, while Best Buy has the device listed for $399.99.

Meanwhile, the X Performance has started getting the Android 7.1.1 update in Canada. Weighing in at around 550MB, the update is currently hitting units on Rogers' network. Aside from new OS version, the update also includes the April security patch and usual bug fixes/improvements. 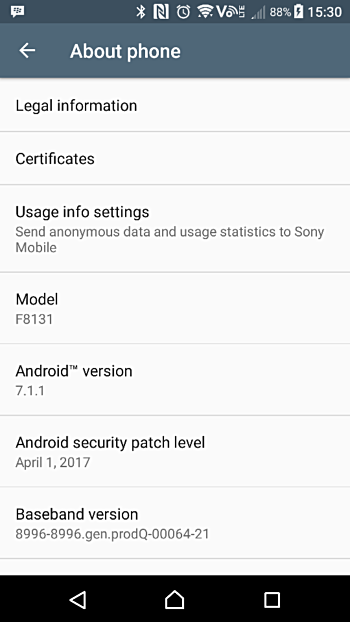 Sony Xperia X Performance currently going for $367 in US

If this was the XZs with 4GB of RAM, 2160p video recording and bigger battery then even I would've considered jumping on this deal.

Bloody hell. I bought Xperia X last week. If adjusted in dollars it woud be around 380$. & sony is selling X performance even cheaper in USA. It woud have been perfect for me. But the idiots woudn't release it in India.