Sony Xperia X Performance up for pre-registration in US, won't be coming to UK and Germany

As you might already know, Sony announced a trio of X series phones - the Xperia X, X Performance, and XA - at the ongoing Mobile World Congress yesterday. Out of the three, the X Performance is the most powerful - it packs in a SD820 SoC. Now, we have some information on the device's availability.

The handset is coming to the US for sure. A quick look at Sony's US website reveals that the company has already started accepting pre-registrations for the device (as well as for the Xperia X) in the country. There's, however, currently no information on exactly when it will be launched in the US, and whether or not it will be available through carriers.

As for the X Performance's European availability, the phone isn't coming to the United Kingdom. This was seemingly confirmed by the marketing material shared by the UK arm of the Japanese company. As you can see in the image below, there's no mention of X Performance, while other phones unveiled at the MWC are listed. 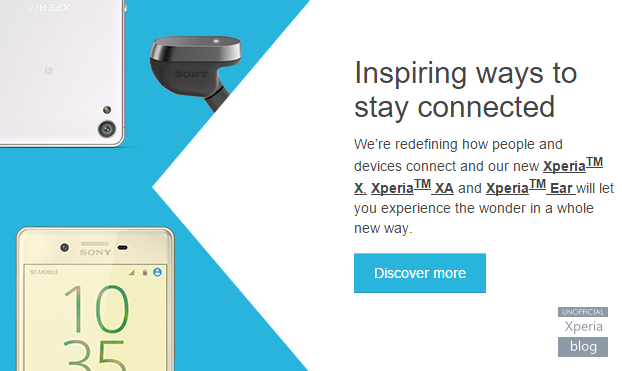 In addition, the phone is also missing from the announcements made by carriers in the UK. Aside from the UK, reports say the handset won't be available in Germany as well, although we're yet to hear an official confirmation on this.

There is no xperia z6 coming out. Xperia z is dead. Xperia X is to replace the xperia z.