More interestingly, it was joined by an upcoming Sony phone with model name H4413. Judging by previous Sony model names this should be the yet-to-be-announced Xperia XA3. Typically XZ phones are named H6xxx, while the midrangers are H4xxx. 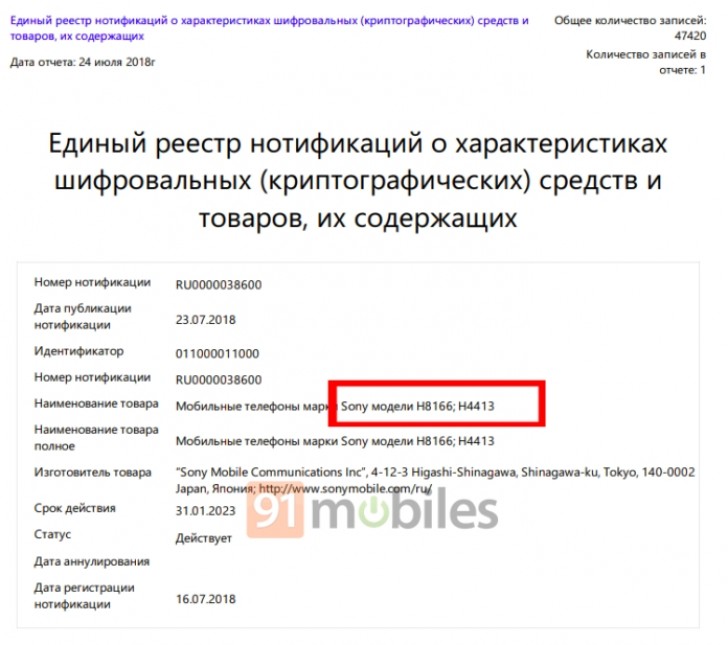 The Japanese company is holding an announcement at IFA on August 30 and the appearance of an H4413 smartphone suggests we might see a new member of XA series at the venue.

If the Xperia XA3 is really the surprise Sony is preparing for IFA, it will arrive just nine months after the Xperia XA2 and Xperia XA2 Ultra that were unveiled at CES Las Vegas 2018. It might also be an entirely new member of the series - an Xperia XA2 Premium, sliding between the XA and XZ series.

Unfortunately no information about its hardware is available at this point, so we'll have to wait for more leaks to fill us in.

No, no. He is not Samsung. At least Sammy has got some quality to offer. He is always promoting some Chinese stuff that lasts for a year max, therefore keeping his business alive.

It seems that you always pop up on every single article refering to Sony, making comments about price, size and bezels. No constructive comments at all and NONE about facts and REAL issues. What's your real problem? Has Sony stopped giving you commis...