The Sony Xperia XA3 and XA3 Ultra have been in a holding pattern for a while. One of the few remaining hold-ups was a certificate from the Bluetooth SIG and they have that now.

The XA3 was benchmarked with Snapdragon 660 and 6GB of RAM. It will have a 5.9” 1,080 x 2,160px screen. You can feast your eyes on these CAD-based renders, the dual camera design is fairly unusual (confirmed by these cases).

The Xperia XA3 Ultra will have a similar design, but its screen goes up to 6.5”. 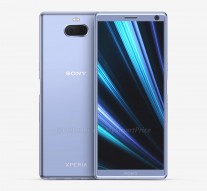 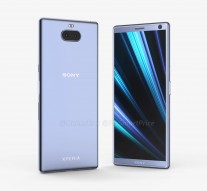 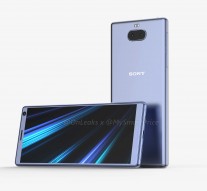 The third model is likely the Xperia L3. Unofficial renders show a phone with a 5.7” 720p+ screen (18:9), side-mounted fingerprint reader and a dual camera on the back. Interestingly, despite being an entry-level device and having a 720p+ screen, the L3 will supposedly use the same Snapdragon 660 chipset.

There’s a good chance that these three phones will be part of Sony’s MWC event, though we still think the spotlight will be on the XZ4.

What isn't boring in your opinion? Notches and no uniqueness?

Difference in price between low/mid end Xperia and Honor is 30-50 euros right now. I'm not going to comment to 150 euro Xiaomi that actually mines your personal data and sell it to advertisers and pushes adds on your phone. That's completely differen...