Sony's Xperia XZ2 and XZ2 Compact, unveiled last month at MWC, are now up for pre-order in Europe. If you're in the UK, the XZ2 will set you back £699 at Amazon. The single-SIM model is available in Liquid Black, Petrol Blue, and Liquid Silver, but the dual-SIM iteration can only be had in Liquid Black at the moment. All versions will be released on April 5.

The XZ2 Compact is priced at £529 at Amazon, though you can only get it from there in black - and the same goes for the dual-SIM model. Both are out on April 5. If you want the XZ2 Compact in Moss Green or Coral Pink, Clove can deliver but you will have to pay more - £599, that is. On the other hand, this retailer expects to be shipping the first units on April 2. 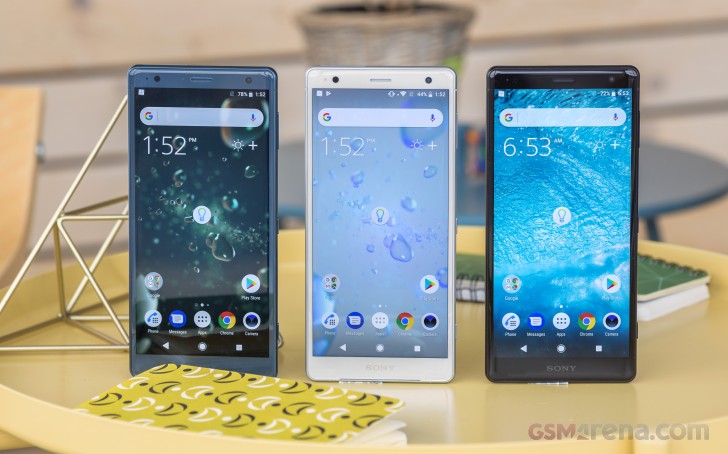 Amazon has listed them in its stores for Germany, Italy, and Spain too, with the cheapest price being €799 for the XZ2 and €599 for the XZ2 Compact. There are, however, some variations in pricing across the different countries. The XZ2 goes for €819.14 and the Compact for €614.10 in Italy, for example. Unlike in the UK, you can grab any of the colors you want though. The release date for mainland Europe is April 6.

The Samsung stubborn fans will not believe Gsmarena's comparison tool this time, they will choose to believe Dxomark this time.

Sony Xperia ARC design was best. Sony should made new version of ARC with minimum bezzels