After a couple of smartphones like the Essential PH-1, OnePlus 6 and all of the Pixels received the update, it's now Sony's turn to serve some delicious Pie to one of its flagships - the Xperia XZ2. 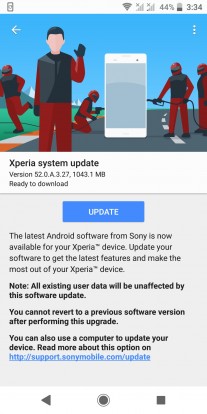 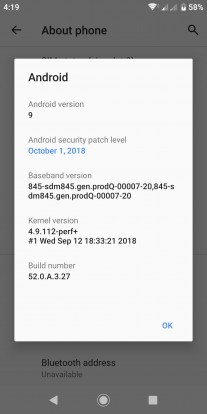 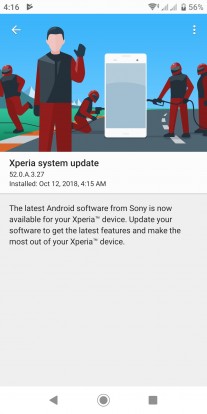 Screenshots from the update

We assume the OTA update is only available to some markets and will gradually roll out to the rest of the countries.

The software update itself weighs just a little over 1GB and carries 52.0.A.3.27 build number. For now, we only have information regarding the standard Xperia XZ2 but it's probably safe to assume that the OTA update will hit the XZ2 Compact and the XZ2 Premium as well.

Ive got a Sony Xperia H8296 need access to google. How do i do that?

What's taking so long? When I contact Sony support, they say it has been rolled out. And that Google is the one holding it up, not the carriers.