Sony's Xperia XZ2 is still fresh on the shelves and rumors about the upcoming mainstream flagship, the Xperia XZ3, start to go around. But, of course, Sony is famous for its six-month update cycle, so it doesn't really come as a surprise. 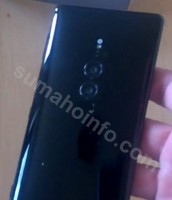 Sony Xperia XZ3 front and back

The latest leaks brings us real-life images revealing some interesting details about the design and hardware. We see a tall 18:9 aspect ratio screen surrounded by bezels fairly thick by 2018 standards. Judging by last year's flagship, this one have its earpiece act as a speaker. The bottom of the device isn't pictured, but we can assume it will feature a second speaker for that sweet stereo sound. 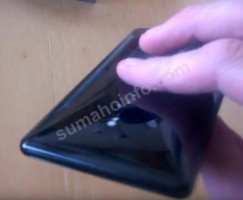 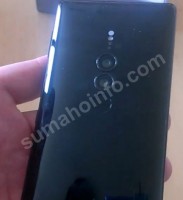 We will probably know for sure during this year's IFA at Berlin as the company always announces some of its handsets during the forum.

yes, it is good for ergonomy in hand. But yeah, some people like me still need a flat back. bcs sometime we use phone while putting at the table. it's really hard to use when it's bulging

Troll much? You obviously are the one in need of a life. Just because I suggested a different back in order to hold it more comfortably doesn't imply gaming as a whole, although Sony has made gamer phones in the past. There are other reasons to hold ...