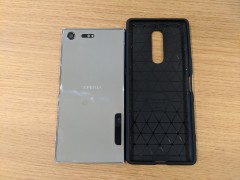 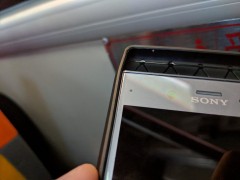 Using a case for the phone a poster on Weibo compared it to the Xperia XZ Premium and it doesn’t seem that big. Sure, it’s taller, but it’s narrower too – keep in mind that the case is larger than the XZ4 itself. So, it should be fairly pocketable.

In the hand, width is more important. The Xperia XZ4 will actually be a hair narrower than the current XZ3 – 72.4mm vs. 73mm. If you can hold the XZ3, the XZ4 will pose no trouble.

The rest is as expected, including a side-mounted fingerprint reader and the bottom firing speaker. The new Xperia flagship will probably still offer stereo sound, but the thinner vertical bezels mean no room for front-firing speakers. 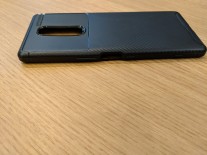 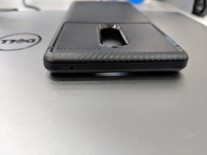 We’re not seeing a hole for the 3.5mm headphone jack, though (some rumors suggested that it’s making a comeback). On the plus side, the Xperia XZ4 will be Sony’s first phone with a triple camera.

Chines company are using their money in there different ways : 1) pushing their cell-phones (as all other their junks) to the world by reducing costs and more useless options. 2) make their cell-phones as a disposable products, to push people to ...

I was talking about user you tried to communicate.. you know that guy with 37 mobile shops (Poland/Slovakia) and 4750 posts full of critics for non-chinese devices. Look at his threads. There are 8 posting rules for commenting; article 5 and 6 are th...

Well 1101001 I do have positive post you just need to learn how to read and yes I'm biased towards Chinese models cause they all look alike. Sony seems to stand out ! Can't wait for the Xperia XZ4 launch next month...