Today Sony has issued a new software update for the Xperia XZ and the Xperia X Performance. This contains the January security patches, as released by Google. It might also fix an issue where the phone clock would reset after rebooting, but so far it hasn't been confirmed whether this patch is in as well.

That's it, though, no new features or anything like that this time around. That said, this is the third update that these two handsets have seen in the past 30 days or so, following one from the beginning of the year and the one which brought them the December security fixes last month. So it's good to see Sony keeping up with Google in this regard, even if only for a few high-end phones. 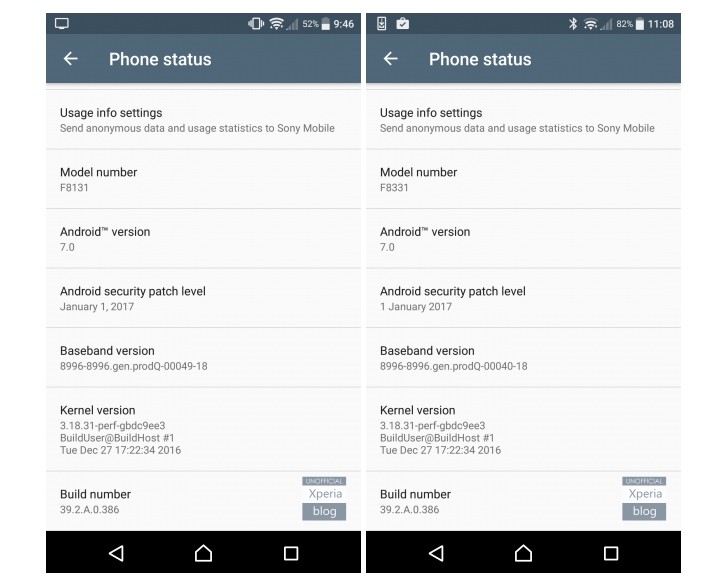 The new update is headed to the single-SIM and dual-SIM versions of both the Xperia XZ and Xperia X Performance. After you install it, you will have moved from build number 39.2.A.0.374 to 39.2.A.0.386, as evidenced by the screenshots above.

Sony to reveal new phones on February 27 at MWC

I'm Sorry you still have to wait for the update for your exploding Samsung,my XZ works very well with 7.0.

Sony don't suspend XZ 's Nougat updates, don't like others. And Sony give the latest security patch on time, Kudos.