Unlike the dual SIM variants of the Sony Xperia XZ and XZs, the Xperia XZ Premium dual won't be featuring a hybrid SIM tray. The device will instead let you use two SIM cards and a microSD card simultaneously.

This was confirmed by the French subsidiary of the Japanese company in a tweet, which also notes that the Xperia XA1 and XA1 Ultra will also be offering the same feature. 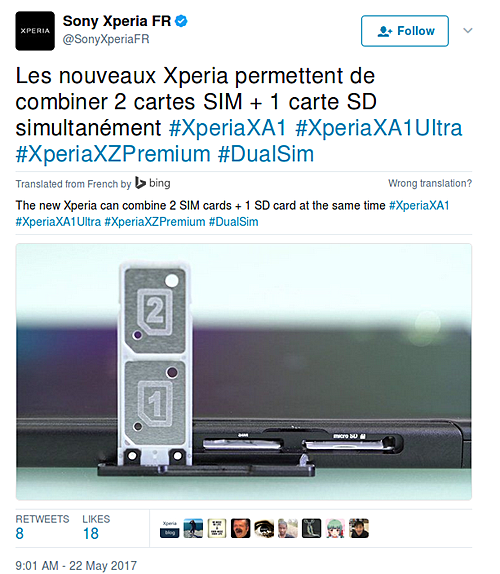 For the uninitiated, a hybrid SIM slot only allows you to use one SIM card when a microSD card is being used.

i cannot use 2 sims and a sd card with my sony xperia xz premium.. wasnt it supposed to be used with 2 sim cards and a sd card together?? how do you resolve this issue now??

If you have not yet gotten hold of the Sony Xperia XZ Premium I can get you as many as you like.

broo please help me am in saudi i need to buy this phone badly...help me please