The Sony Xperia Z has a pretty standard set of functional elements above its screen. The earpiece is flanked by the front-facing camera on one side, and the ambient light and proximity sensors alongside the LED status light on the other.

A couple of sensors, an LED flash and the front-facing came keep the earpiece company

Since the Xperia Z relies on virtual navigation buttons rather than hardware ones, the microphone is all you get at the bottom. While the mic does reside under a grill identical to that of the earpiece, the smartphone doesn't have front-mounted stereo-speakers.

There's nothing but the mouthpiece below the screen

Instead, the sole loudspeaker is mounted near the bottom edge of the Xperia Z's right side. It's joined by the volume rocker and the smartphone's signature power/lock key, as well as the microSIM card slot. The SIM slot is hidden under one of the plastic flaps we mentioned above. Sadly, there's no dedicated camera key here - that's a privilege reserved for the Xperia ZL.

The right side hosts the SIM slot, the power key, the volume rocker and the loudspeaker

On top you get another plastic lid with the 3.5mm audio jack hiding underneath. While the cover prevents dust and dirt accumulation (in addition of keeping water out), it does have a somewhat negative effect on its accessibility.

The 3.5mm audio jack is on top

On the left you get the MHL-enabled microUSB with USB host support and the microSD card slot. The dock connector resides underneath the two.

The microUSB port, the mircroSD card slot and the dock connector

The bottom of the smartphone is completely bereft of functional elements.

There's not much to see at the bottom

Finally, turning our eyes to the back we spot the 13 megapixel camera lens, the LED flash and the secondary microphone. The primary use of this microphone is noise cancelling, but it also enables the Sony Xperia Z to capture video with stereo sound.

Underneath the back cover sits a 2330 mAh battery that should keep the new Sony flagship going for up to 14 hours of talk-time or 530 hours of stand-by.

We come to the main event of the hardware show. The Sony Xperia Z 5" 1080p display is definitely its strongest selling point and with a pixel density of 441ppi you can see what all the fuss is about.

We have already mentioned this a few times, but let's go over it once again just in case. You can actually see the sharpness advantage over the 720p displays of the 2012 flagships with a naked eye. However, the difference is by no means as big as when smartphones departed the WVGA screens and started passing the Retina barrier.

The Sony Xperia Z also comes with the second version of the company's Mobile Bravia Engine, which should improve its performance for video playback and image browsing. Thanks to that and the immense resolution, the Xperia Z has easily the best smartphone display the Japanase have produced so far. It is also the least reflective so far, which helps it perform much better in bright sunlight. Here's how it did in our dedicated sunlight legibility test.

However, the screen is by no means perfect. First of all its viewing angles aren't really great. They are a step forward compared to the Xperia T, but a very minor one. In that area Sony still has a lot of work before it catches up with the competition.

More disturbingly, the display has rather poor contrast for a flagship unit and not really inspiring colors. As testified by the measurements in our dedicated test it comes nowhere near the standard of its main competitors and it even fared worse than its predecessor.


Finally here's a photo of the Sony Xperia Z display matrix from our digital microscope. 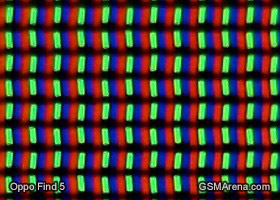 We put the Sony Xperia Z through our battery routine and it did very good. It scored 48 hours, which means you'll only need to charge the smartphone every 48 hours if you use it for an hour of talk-time, an hour of web browsing and an hour of video-watching per day. 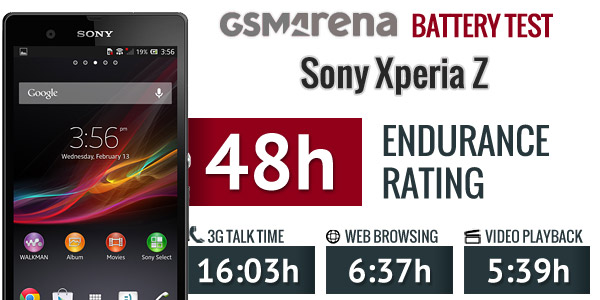 The phone. Is not connecting to the network in Nigeria I cant even open the Browser

I'm using Sony XperiaZ but my phone but this device is currently not showing network and accessing Sim cards. What might be the problem