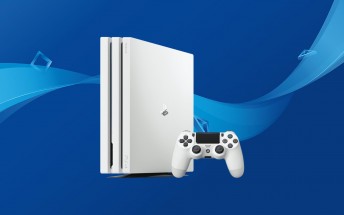 Sony has proudly announced that it sold 3.2 million PS4 consoles in the quarter that ended on June 30. That means that, by the end of June 2019, the company has sold 100 million PS4 devices in total.

The console has been out for five years and seven months before it hit the 100 million mark, being the fastest home game console to reach that milestone, according to Daniel Ahmad, Senior Analyst at Niko Partners. It's managed to outdo the PS2 and the Nintendo Wii in achieving that goal.

50 million of those 100 million units sold have been purchased in the last three years. Sales of the PS4 are going down, which is probably natural at this point in its life cycle. 19 million units were sold in 2017 and 17.8 million in 2018.

Next year the next-gen PlayStation, probably called PS5, should arrive in the fall with support for 8K graphics, 3D audio, SSD storage, and backwards compatibility with PS4 titles. It will use an eight-core CPU based on AMD's third-gen Ryzen, and boast a GPU with support for ray-tracing graphics.

The PS5 will have to go neck and neck with the Xbox Project Scarlett console, expected for the holiday shopping season 2020. This too will support 8K graphics, SSD storage, and ray tracing.

PlayStation 4 Slim will have a 1TB HDD starting this month, price remains the same

Commodore 64 was awesome in its era now present games getting boring.