Spotify is testing a new voice-enabled ads on mobile 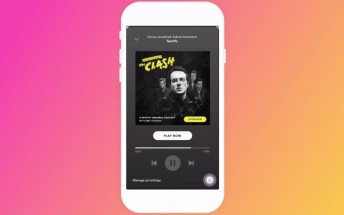 Amidst the ongoing major battle on the video streaming scene it is often easy to overlook its music streaming counterpart. The user expansion, retention and monetization challenges it faces are not dissimilar, with major players like Apple and Spotify currently clashing particularly hard in the vast emerging India market. By all accounts, the latter top-dog finds itself in a rather favourable position, recently breaking the 100 million mark in Premium subscribers. But properly capitalizing on its massive 117 million free-tier user base is the real challenge.

Enter voice-enabled ads. Still in very early conceptual and beta state, these aim to put a twist on traditional voice and visual advertisement within the Spotify app. The idea is rather simple - a voice ad plays, doing its best to engage the user and get them interested. Then asks for a voice prompt to proceed.

Spotify's idea here is to break away from the traditional ad models and hope that the interactivity will be enough to combat "banner blindness". The real challenge, however, is to craft the experience in such a way that it does not provoke a negative response. This is exactly what the streaming giant is currently testing for within a very small percentage of US free-tier users on Android or iOS devices. Spotify is further filtering the list of participants to only include users who have the in-app voice controls already enabled.

The first few test voice-enabled ads seem to come from Unilevers Axe and Spotify Studios. One ad tries to direct users to the original Spotify podcast Stay Free: The Story of the Clash. Another is promoting a branded playlist related to a Unilever Axe ad campaign.

As seen in the demo clip these new voice-enabled ads still bring up a banner with a conventional button to take action, as well as a handy shortcut straight to the Manage Ad Settings menu, where users can quickly opt-out of the new format. The ad itself lingers on screen for few seconds waiting for a "Play Now" voice prompt from the user. If one is not received it simply goes away, returning to music or the rest of the conventional Spotify ad break. 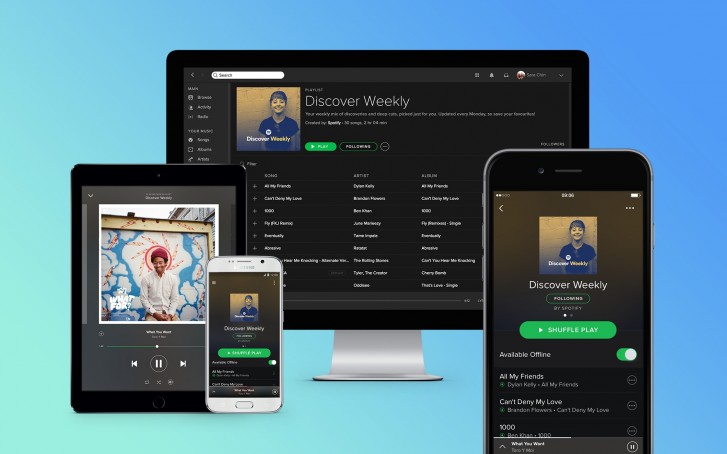 Besides the trendiness factor, Spotify is also hoping to work itself nicely into the "screen detox" routines more and more fatigued mobile users are trying to incorporate - not looking at their phones quite as often. It is also interesting to note that currently these voice-enabled ads are only promoting in-app content.

That being said, this does open up the room for a broader discussion - namely, the future of advertising in voice assistants. The latter are rapidly increasing in popularity and, by Amazon's accounts, have already proven to be excellent sales tools. Having said that, these are still mostly ad-free and instead play the role of obedient companions. Whether or not Alexa, the Google Assistant and their friends have a bright future in advertising is a whole other can of worms.

sorry to say that ad blockers only work on codes that have request to serve ads. i don't think audio ads can be filtered. if you are talking about modded spotify apps that doesn't have ads, spotify actually have started cracking down on those who are...

Why not pay for the subscription, though? It's cheap for the amount of content there is.